BIDFF invites film directors, choreographers, dancers and other artists to submit their dance films to the first edition of Bucharest International Dance Film Festival, taking place in Romania from November 6-8. The competition is open for short dance films with a prize of 1000 euro for best film and other special awards. However, off the competition, BIDFF will showcase long length dance films both fiction and documentary in a special program.

The festival offers a platform for sharing ideas, challenging the boundaries of the genre, with eyes wide open for experimental, poetic and abstract films, with a strong concept and a choreography especially designed for the camera. On the other hand, a special in-terest will be given to films documenting and presenting dance in social, political and geographical context. In the days preceding the showcase, workshops and lectures will enrich artists around the world with a mutual exchange of ideas and a progressive vision upon the meeting of the body and the camera lenses.

More details and info on how to apply here. 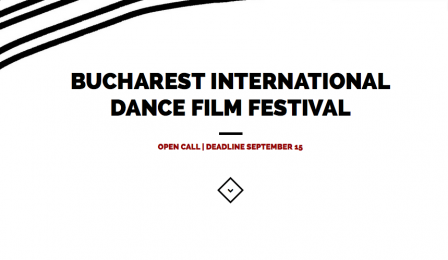