Bucharest International Dance Film Festival (9-13 November 2016) invites film directors, choreographers, digital artists and other artists to submit their dance films and digital installations to the second edition of Bucharest International Dance Film Festival, taking place in Romania from November 9-13. The competition is open for fiction short dance films, documentaries, animations and installations with a prize pool of 3000 euro.  However, off competition, BIDFF will showcase long length dance films, both fiction and documentary. In 2016 the theme of the festival is The Digital Body and welcomes films and installations that challenge the duality of essence and expression in the new era of digital communication and constant insecurity.

Since the late '40s the fine line between the body and the information begins to lose intensity. Large scientific projects promise to extract information from the human body and use engineering genetics for practical applications. Sociologist Manuel Castells talks about a city and a society as an information network. The body becomes a matrix of data, emotionally encapsulated, defragmented and decorporalized, in a constant flow of fake memories and super sensorial experimentation. Extracorporeal digital age is a reality that requires a matrix of information to replicate itself over and over again. Who are you in this environment and how do you deal with it? We are interested in promoting dance films (short and long, fictional and documentaries), video and digital installations, talks and lectures that have a strong opinion on the way the body adapts to the era of informational chaos.

BIDFF #2 launches the open call for 2 sections of the festival: International Dance Film Showcase  and "The Digital Body" International Exhibition hosted by Galateca Gallery in Bucharest. The application forms and the conditions for each section are different so please read the following guidelines:

If you have any problems or further questions please send an email to: [email protected].

To find out more about the festival and to apply please visit www.bidff.ro 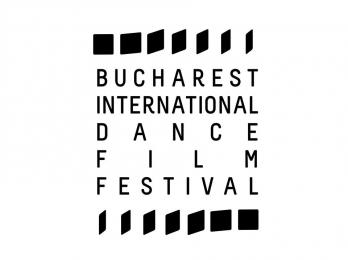