EEPAP and the Centre for Culture in Lublin are set to launch a new project, the EEPAP Performative Centre, on 10 October.

The Performative Centre is conceived as a research and artistic practice laboratory which creates and elaborates discourse around contemporary performing arts practices. The Centre’s mission is to create a space which enables an open, animated dialogue, not subordinated to the market principles and free from hierarchical academic structures. The program will consist of research and residency projects, seminars, discussions and workshops, always combining theory and practice in the field of contemporary performing arts.
PC is a new initiative by EEPAP and the Centre for Culture in Lublin, Poland and is curated by Marta Keil.

The Centre’s main goal is to offer the artists, thinkers and culture workers a time and space to think and practice instead of forcing them to produce a new event. The Centre offers a space which is focused on developing the choreographic and performing arts practices and strengthening a critical reflection around them in the social, political and economic context.

The first activities of the Performative Centre will take place in Lublin at the 21. Konfrontacje Festival:

10 October: seminar by Rabih Mroué
10 October: lecture by Bojana Kunst and launch of the Polish translation of Bojana Kunst’ book “Artist at Work”, published by Konfrontacje Teatralne and Zbigniew Raszewski Theatre Institute
11 October: workshop by Rabih Mroué
11 October: seminar by Bojana Kunst
12 October:  "Platform. Why do we need a dictionary of common notions?" A meeting with Joanna Krakowska, Daria Odija and Marta Keil on the dictionary "Platform. East European Performing Arts Companion" published by EEPAP and the Institute of Arts of the Polish Academy of Sciences.

Joanna Krakowska is assistant professor at the Institute of Art of the Polish Academy of Science; deputy editor of the “Dialog” monthly; co-owner of the Errata publishing house. She specialises in the history of contemporary theatre, political drama and theatre, and socio-economic changes as reflected in modern art. She has authored the monography “Mikołajska. Teatr i PRL”, co-authored (with Krystyna Duniec) “Soc i sex. Diagnozy teatralne i nieteatralne” (awarded a prize in Fundacja Kultury’s competition) and “Soc, sex i historia( (2014). She has co-edited a recently-published US anthology of Polish drama “(A)pollonia. Twenty-First Century Polish Drama and Texts for the Stage”. At the Theatre Institute in Warsaw, she has worked on two collective multimedia projects, the aim of which was to re-tell the history of Polish theatre: “Teatr Publiczny. Przedstawienia" and “HyPaTia”, the latter restoring their rightful place to the women of theatre in Poland.

Bojana Kunst is a philosopher, dramaturg and performance theoretician. She is a professor at the Institute for Applied Theater Studies in Justus Liebig University Giessen, where she is leading an international master program Choreography and Performance. She is a member of the editorial board of Maska Magazine, Amfiteater and Performance Research. Her essays have appeared in numerous journals and publications and she has thought and lectured extensively at the various universities in Europe. She published several publications, among them Impossible Body (Maska 1999), Dangerous Connections: Body, Philosophy and Relation to the Artificial (Maska 2004), Processes of Work and Collaboration in Contemporary Performance (Ed., Ljubljana 2006), Contemporary Performing Arts (Ljubljana 2006, ed. with Petra Pogorevc), Performance and Labour (Performance Research 2012, ed. with Gabriele Klein), Umetnik na delu (Maska 2012), and Artist At Work — Proximity of Art and Capitalism (Zone Books 2015). Website: www.kunstbody.org

Rabih Mroué lives and works in Beirut and Berlin. Rooted in the theatre, his artistic practice is situated in between performing and visual arts, often intermingling fiction and reality. He is a co-founder and member of the executive board of the Beirut Art Center, co-publisher of TDR: The Drama Review (NYC) and regularly cooperates with the Munich Kammerspiele. His current stage works include Ode to Joy (2015), Riding on a cloud (2013) and 33 RPM and a Few Seconds (2012) with Lina Majdalanie. His most recent exhibitions have included MOMA 2015, Mesnta Gallerija (Ljubljana, 2014), SALT (Istanbul, 2014), CA2M (Madrid, 2013) and DOCUMENTA 13 (Kassel, 2012). In March 2016 Hebbel am Ufer in Berlin organized a festival dedicated to his works created with Lina Majdalanie. His first theatre production in Poland, „No more Versailles here!”, curated by Marta Keil, premiered in Teatr Polski in Bydgoszcz in June 2016.

Scroll down for a downloadable version of the press release in Polish. 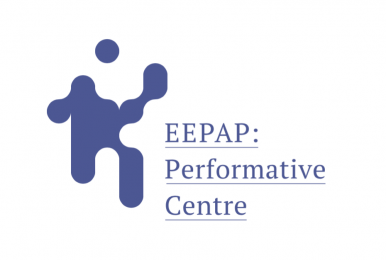