Noémi Herczog brings news, updates, insights from Budapest and the provinces as the 2018-2019 cranks up. A much-valued chronicler of the evolving independent theatre scene, Herczog’s recently published essay “The Politician as an Artist,” detailing the recent trends in the tense relationship between theatre and politics, has been widely circulated.

Noémi Herczog is a theatre critic and editor of the oldest Hungarian theatre magazine, SZÍNHAZ. She is an active contributor to multiple literary publications and teaches performance analysis at the University of Theatre and Film, Budapest. She is a former activist of One Million for the Freedom of Speech civic movement (Milla) and her research field is the history of reporting theatre criticism (criticism of denunciation) in Hungary.

Philip Arnoult first landed in Eastern Europe in 1975 and has never looked back. He led Baltimore Theatre Project from its founding in 1971 until 1991. He is founder and director of the Center for International Theatre Development, established in 1991.

Ramona Ostrowski is the Producer of HowlRound Theatre Commons at Emerson College, Boston. She has worked with Company One Theatre, ArtsBoston, and the Eugene O’Neill Theater Center. She was a founding editor of the New England New Play Alliance’s weekly newsletter. Ramona is a member of the Literary Managers and Dramaturgs of the Americas.

If you would like to attend this event in person in Boston, please email jarod+[email protected]

HowlRound TV is a global, commons-based peer produced, open access livestreaming and video archive project stewarded by the nonprofit HowlRound. HowlRound TV is a free and shared resource for live conversations and performances relevant to the world's performing arts and cultural fields. Its mission is to break geographic isolation, promote resource sharing, and to develop our knowledge commons collectively. Participate in a community of peer organizations revolutionizing the flow of information, knowledge, and access in our field by becoming a producer and co-producing with us. Learn more by going to our participate page. For any other queries, email [email protected], or call Vijay Mathew at +1 917.686.3185 Signal/WhatsApp. View the video archive of past events. 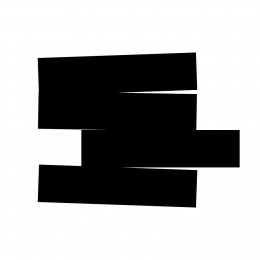