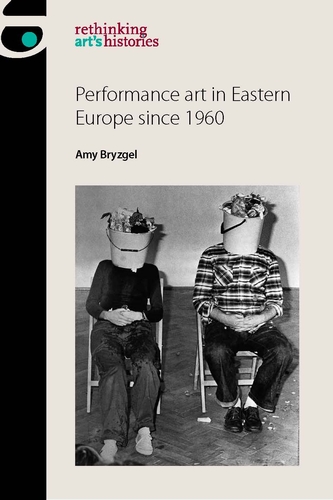 A University of Aberdeen academic has published a new book dedicated to an art form previously excluded from the history books.

She said: “As a result of the Cold War, and the divisions of Europe into East and West, art from Eastern Europe has largely been excluded from the history books. Experimental art forms, such as performance, were not officially recognised by the various governments in the region, where painting and sculpture remained the main options for professional artists.

“Many artists in Eastern Europe experimented with performance art because they were able to use their bodies to express what they perhaps couldn’t in painting.“

The book, Performance Art in Eastern Europe since 1960, was funded by the Leverhulme Trust and Arts and Humanities Research Council, and it involved more than two years of research which took Dr Bryzgel across an area previously behind the Iron Curtain.

It includes discussion of more recent performance art in the region, such as that by Russian artists Pussy Riot and Petr Pavlensky, which have made international headlines alongside consideration of the long history of performance in Eastern Europe.

Dr Bryzgel added: “This book has been a labour of love that would not have been possible without the generosity of so many artists, art historians and arts practitioners in the region. Over the course of several years, I met with and interviewed hundreds of artists in order to understand the complex history of performance art in the region.

“Performance art developed into a prevalent art form in the East and the West around the same time, but you rarely hear about the artists from Eastern Europe working in this genre. I hope that my book will change that, and bring this lesser-known but very interesting history to light.” 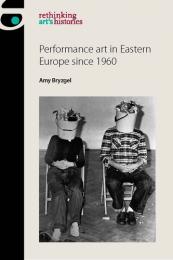