The theme of this year’s FAKI is physical theater, devoid of generalizations and stereotypes, free of embossing multivalent names for one and the same, while communicated via motion as a language of expression.
The performative content of 21st FAKI is focused on the idea of the human body as the most important instrument of expression of dualities – of desire and will, passion and reason, articulated by nonverbal performances utilizing performers’ bodies as their conceptual starting points.

Following modern tendencies of the technological takeover on many aspects of the work of the living (wo)man, the human body is still a unique phenomenon on the theatrical stage, and hardly can it be substituted or replaced. Physical theater, as an inclusive and translingual, transnational and a cohesive category of various performative expressions – removes every trace of the verbal from the stage and potentially can transcend the socio-cultural and political boundaries. The actor, dancer, musician, performer are not only skillful bodies communicating with the audience. Their physical body is a phenomena, which initiates the spatial communication performance; they are the means and the media of creation by themselves – a living instrument by which performative creations are materialized. In the present of presence, where all informations are compressed and distributed as quickly as possible without retention on specific segments, where image, video and sound travel faster than a call, it becomes almost a radical agenda to look for, find and setup plays and performances which require a special kind of receptive attention, beyond the sheer time for preparation, performance and observation.

The call is open to applications from January 26th to February 28th 2018, via an application form at: goo.gl/forms/FULfq6pgZI953vQp2
The authors will be notified on the selection before April 1st 2018.

Festival of Alternative Theatrical Expression – FAKI is an international gathering of artist and theatrical groups that operate outside institutionalized commercial theatres and demonstrate a high artistic reach while encouraging young performers to make the most distinctive expressions. This very general conception practically means that FAKI is a festival of alternative theater, street theater, performance, off- and low-budget theater. FAKI is a central place for an overview of innovative, critical and independent, international theater and performance scene, maintained by traveling artists and groups whose research on original, experimental and research models of art expression generates universal existential spectacles and performances.

Find out more at http://attack.hr/faki21-open-call/ 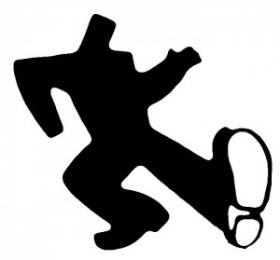