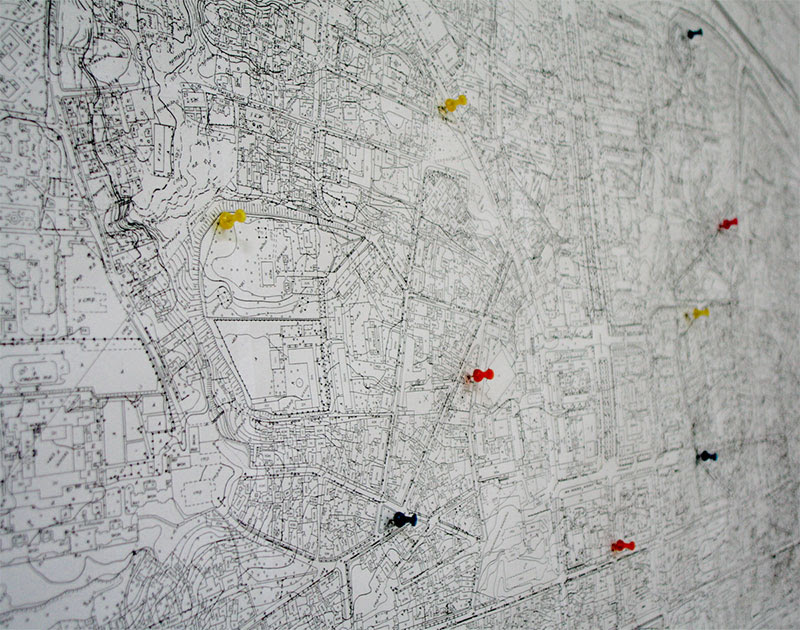 Deadline for submission of application: 11th of February 2016

Oberliht Association launches a call for participation in the workshop of tactical urbanism “The civic center of Chisinau: Zaikin Park”, which will take place between 18-20 february at Zpace (House of Gubernial Zemstva), Al. Shchyusev str. 103, Chisinau.

The workshop is addressed to architects, urbanists, designers, artists, students from the Universities of Moldova who perform studies in these fields. The beginning of the workshop consists of:

“Zaikin Park – a park for the community” is a project of rehabilitation and revitalization of Zaikin Park – a half abandoned square situated at the intersection of Sf. Andrei and Iv. Zaikin streets, which we initiated in 2013. Beyond the historical analysis of the district, sociological analysis, community work organized with the involvement of the artists and inhabitants of the area surrounding the park, negotiations with the City Hall of Chisinau and cooperation with the municipal subdivisions, through this workshop we aim to start the process of rehabilitation of the infrastructure of the park with the involvement of some collectives of local and invited architects. During the workshop we will analyze the situation at the site (Zaikin Park), we will elaborate sketches and proposals for landscaping (small forms), we will discuss and establish principles of work, the methodology and plan of the camp which will take place in the summer of 2016.

Those who wish to participate in the program of the workshop are asked to send a short motivation letter and a CV with contact information (email, phone) at the following address [email protected] until the date of 11th of February 2016.

The workshop will be held in English.
Participation is free.

Founded in 2000 and based on rather long working experience as an independent cultural actor, „Oberliht” aims to interconnect dispersed artistic scenes and build an artistic community making use of public spaces. The Association aims to provide support to young artists and contribute to their professional development. It develops and maintains interdisciplinary platforms and projects aiming to connect the local and international contemporary art and culture initiatives, and advocates for a strong and independent cultural sector in Moldova and in the region.
http://www.oberliht.com/

This workshop is supported by the European Cultural Foundation as part of “Collective Action for the Commons” program.