WE ARE NEVER ALONE: Residency opportunity by METASITU (Ivano-Frankivsk, Ukraine)

WE ARE NEVER ALONE is a residency project curated by METASITU within the context of the second City Scanning Sessions urban festival, MANUFUTURING, in Ivano Frankivsk. We are inviting ten practitioners -  activists, urbanists, cultural workers, artists, architects, researchers, writers, theorists, performers, scientists, among others - from Ukraine and abroad, to join us for one month to develop, reflect, criticise, experiment, and suggest new forms of urban participatory practices.

During this time, we may establish porous communities, among ourselves, and with others; groups based on affiliations and affections that will be formed in the city - on purpose, as a necessity, or as a form of resistance. With WE ARE NEVER ALONE we seek to establish these new grounds for relating, while understanding the limitations and threats of its own format, and maintaining a grounded self-awareness.

— How do we understand, translate, and interact with these processes ?

— How do we measure success for these participatory practices ?

— Can we challenge the role of the artist/practitioner within this context ?

WE ARE NEVER ALONE will take place from 10th June until 14th July, its end coinciding with the City Scanning Sessions urban festival ( 11-14th July 2019)

This year’s theme, MANUFUTURING, organized by the Metalab urban laboratory of Teple Misto, addresses the potential futures of the Promprylad factory - a (post)industrial space in the center of Ivano Frankivsk which, as its industrial function gradually retreats, is undergoing a deep social and built transformation. How can collective strategies, tactics and approaches facilitate the interaction between the current (and past?) workers/users in this (post)industrial territory and its adjacent neighbors, as well as potential futures?

—  How can participatory practices result in empowering discourses and provide social justice without falling in stereotyped discourses, whilst understanding the multi-dimensionality of the context(s)?

— What role can socially-engaged artistic practices play in the mediation between different actors?

— How are political, cultural and deeply personal agendas negotiated in space?

For the period of one month, the invited residents will engage with the territory of Promprylad and its adjacent neighborhoods through their research, proposed activities, public programs, and public events.

Some of the questions that we would like to address are how the different types of participatory practices could contribute to understanding the territory of Ivano Frankivsk, who has rights to it, and what are the potentials (and limitations) of artistic interventions in determining and bringing social justice, or questioning it.

We want to understand Promprylad, and its transformation, beyond established dichotomies, aware of a constellation of interactions and interests, tensions, opportunities, and what potential affiliations and bonds can be formed between individuals and groups, because we are never alone.

The deadline to apply is 21 April. More details and info on how to apply here. 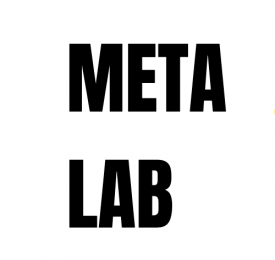