The 13th edition of the Belgrade Dance Festival will take place from March 19 to April 10 and will present an attractive selection of titles from the world scene.

Discovering contemporary dance through its cutting-edge achievements, Belgrade Dance Festival has quickly gained a large audience. So far almost 200 top pieces were performed, created by the most important choreographers of our time, while each edition is followed by more than 18.000 spectators and 120 accredited journalists from the country and abroad. High standards of the program and the introduction of new dance and theater aesthetics, equally enhance the audience's expectations and the challenge of creating content. Festival has provided immeasurable support to local professional dancers, teachers, choreographers and young people from all artistic fields, who were brave enough to grasp new opportunities and who were ready for the challenge. Starting up the local dance scene resulted in founding of new companies, private schools, studios and magazines, inclusion of foreign choreographers in local production, but also the presentation of Serbian dancers to the world. 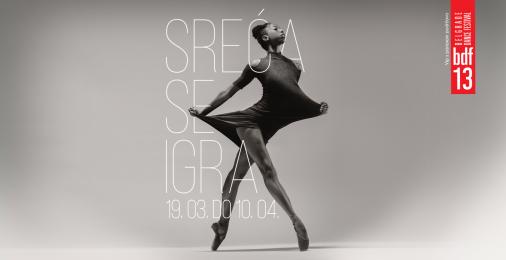