CROSSROADS 2014 – the 21st International Meeting of Live Arts will be dedicated to the work of artists from France and Poland. The art of two outstanding artists operating on the edge of performing and visual arts will be brought to our attention once again: French choreographer Maguy Marin and Polish director Tadeusz Kantor (whose centenary birthday will be celebrated in 2015). The program will be enriched by work considered to be inspired by these two artists. The festival will welcome: Compagnie Maguy Marin; company of Francois Verret; Cinema Theatre (Teatr Cinema) from Michałowice; Academia Theatre (Teatr Academia) from Warsaw. All the performances part of the festival will be either world premieres or will premiere in Poland for the first time. The program will be accompanied by talks, meetings with artists and the audience, as well as workshops led by former actors of Tadeusz Kantor’s Cricot-2 Theatre (Teatr Cricot-2).

The ambition of the organisers of the CROSSROADS festival is to discover or remind French artists’ works distinctive for their unique artistic and spiritual value, and to confront their achievements with the efforts undertaken by Polish artists in the same artistic field. Thanks to the CROSSROADS festival, Polish public will have the opportunity to learn about the art of prominent French artists, and to see the latest performances from Polish artists. Talks, meetings, and workshops will present the chance to expand their knowledge even further through direct contact and dialogue with the artists and creative inspiration.

The festival will open with a lecture by Dr Joanna Szymajda about the works of French choreographer Maguy Marin. Taking place the following day at the Teatr Wielki – Polish National Opera in Warsaw will be a the first Polish showing of the performance B i T  from Compagnie Maguy Marin from Toulouse, choreographed by the Marin herself. This performance shows a collage of human behaviour in which the important role is played by the rhythm of movement and the interaction of six dancers. B i T's world premiere will take place in September of 2014 in Toulouse. Following the performance will be a meeting of artists with the audience. Compagnie Maguy Marin was founded in 1978 and is a leading French contemporary dance group. Maguy Marin is considered to be a distinguished innovator, creating on the verge of dance, theatre, and visual arts. She is the author and choreographer of more than 40 performances that were presented in most European countries. This will be the artist’s second visit to Poland after many years from the first one.

French choreographer François Verret will also give a talk at the Centre for Contemporary Art – Ujazodwski Castle (CCA). François Verret, whose art draws from Maguy Marin's work, is considered to be one of the most creative choreographers in France. His performances are located on the border between dance, theatre, and performance art. Verret’s company was founded in 1998 and has presented performances in many countries, including at the festival in Avignon. The CCA will have the pleasure to showcase two pre-premiere presentations of a performance opening the series Rhapsodie Demente (Insane Rhapsody). It is a combination of dance, music, and an installation featuring artists from Eastern and Western Europe. The show creates a collage of images expressing the human condition dominated by the history of Central Europe, inspired by he works of Heiner Muller, Svetlana Aleksijevič, and Wisława Szymborska. Verret's work has never been presented in Poland. After the first showing, there will be a meeting of artists with the audience.

Also premiering at the festival will be the performance Strona po stronie (Page After Page) from Warsaw's Academia Theatre, founded in 1993 by two plastic artist and stage designer s: Roman Woźniak and Marcin Jarnuszkiewicz. The company's productions combine visual narration with music, movement, and dance. The company has performed at many festivals in Poland, Germany, and the UK. The author of the script, stage designer, and director of the performance is Roman Woźniak. The show is made up of a series of memories of a mature man evoking images of women that have been important to him. The show is also an impression of passing, the need for beauty and emotions. The aesthetics of the piece can be compared with some of Maguy Marin’s performances.

The Cinema Theatre from Michałowice was also invited to participate in the festival. Founded in 1992 by plastic artists and actors, the company is one of the most original and recognised Polish theatres with links to the tradition of Polish and European avant-garde (including the work of Tadeusz Kantor). The company has performed at numerous festivals, including in Germany, Switzerland, and Israel. The company will debut Rewia ognia (Revue of Fire). The author, stage designer, and director of the performance is Zbigniew Szumski. The show is inspired by the poetic prose of Edmond Jabès, and explores the love of two young people in the times of the Holocoust. The piece mainly uses movement and visual narration.

Moreover, the festival’s program will feature the Warsaw premiere of the film 1+1=0, directed by Marie Vayssiere and Stephane Note about workshops run by Tadeusz Kantor in Charleville – Mezieres, and workshops for actors led by former Polish and French actors of the theatre Cricot-2: Marie Vayssiere, Ludmiła Ryba, and Bogdan Renczyński. These events will take place at the Centre for Contemporary Art.

Organisers:
Organisers of the 2014 CROSROADS festival: the Art and Its Time Foundation in cooperation with the Centre for Contemporary Art – Ujazdowski Castle. 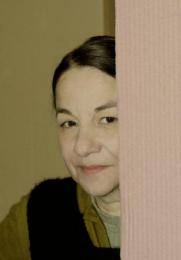