The International Festival of modern choreography in Vitebsk takes place annually since 1987. Initially, it was an experiment with the aim of finding among the choreographers and ballet companies those who had been exploring either intuitively or deliberately contemporary forms and techniques of dance. Several years of search made it clear that the undertaking was a success. IFMC grew into the biggest and the most prestigious forum of the contemporary dance in the countries of former USSR.

The 2015 edition is expected to present dance companies from Mexico, Switzerland, Belarus, Russia, Sweden, Poland, Italy, Spain and the United States. Some of them will premiere their shows. In this regard, Director General of the Vitebsk culture center Alexander Sidorenko said: "The festival organizers did everything possible to bring the most advanced, the most interesting shows from different corners of the world.”

The events of the forum will be held at two venues in Vitebsk (the Vitebsk Concert Hall and the Yanka Kupala National Academic Drama Theater) and at the National Academic Bolshoi Opera and Ballet Theater in Minsk (on November 19th). The main draw of the festival will be the Belarusian competitions in modern choreography.

This year applications for the qualifying tour have been sent by more than 20 dance companies from Minsk, Vitebsk, Gomel, Grodno and Mogilev. The contest will be held in several stages. Three special awards, including the Evgeny Panfilov Special Prize, will be bestowed upon the best performing dance companies. The international jury and the council of experts will be led by Radu Poklitaru, the art director of the Kyiv Modern Ballet Theater and People's Artist of Belarus Yuri Troyan.

The program of the festival will include practical and theoretic master classes for dancers and choreographers, open meetings with the members of the international jury, video lectures, press conferences, as well as an exhibition of Viktor Shilko's paintings. 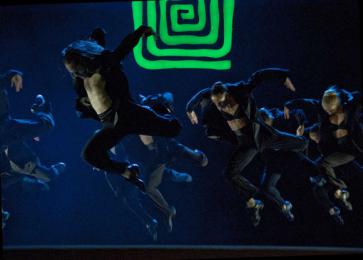