Are you part of the next generation of artistic festival directors? Do you want to broaden your programming skills and be inspired by experienced leaders in the field? Do you want to join a new network of future festival leaders worldwide?

The Festival Academy (initiative of the European Festivals Association - EFA), is delighted to announce that the Atelier for Young Festival Managers will take place for the second time in Asia from 31st of August to 6th of September 2015 in Gwangju, South Korea. The Atelier Gwangju will coincide with the inauguration of the Asian Culture Complex (ACC), in close collaboration with the Chonnam National University and the ACC's Asian Arts Theatre. Ten renowned festival directors will guide 45 participants from the region and from all over the world through the 7-day training programme in this very special context of a very ambitious and momentous art project in Korea.

“It is our pleasure to host global festivities, which will be filled with diverse experiences and creative visions of young festival managers coming from all around the world. The Atelier Gwangju 2015 will be all the more meaningful because it will be held in conjunction with the opening festival of the Asian Culture Complex. We would like to invite all young festival managers to take part in this great occasion to meet future leaders of arts and culture and to get inspired in the city of light, Gwangju.” Kang-Lae Lee, Dean of Graduate School of Culture, Chonnam National University

“The Atelier was an extremely valuable professional and life experience for skills development, capacity- and confidence building, plus it gifted me with bounds of renewed inspiration and a wonderful new network of colleagues and friends.”
Michelle O’Brien, Executive Director New Forms Festival, Executive Producer International Symposium of Electronic Art, VancouverParticipant Atelier POZNAN 2014

Mission of the Atelier

The Atelier – initiated by the European Festivals Association (EFA) – is guided by the motto “The true role of a festival is to help artists to dare, to engage in new projects,” borrowed from Bernard Faivre d'Arcier, longstanding Director of the Avignon Festival and President of the Lyon Biennial (France). It is an intense and rigorous 7-day training platform addressed at emerging artistic festival directors or those who have ambitions to become involved in programming or in programming related departments within a festival. It is all about formulating experiences and passing on knowledge to a next generation of festival makers: knowledge about programming a festival, thematically focusing on the very essence of arts festivals: the arts and the artist.

At least 45 young festival managers from all over the world will be selected to participate in the Atelier. The skills of festival managers needed for the artistic development of festivals is at the heart of the Atelier. For seven days, participants will work in small groups, attend lectures and debates, learn from case studies and implement practical activities. Atelier mentors and presenters – all renowned, trailblazing festival managers from all over the world - will share their rich experiences with the participants. The Atelier goes beyond traditional teaching practices; the carefully selected young programmers will widen their horizons and perspectives on festivals and programming practices. They will be able to enlarge and build a sustainable network which proves to be essential on the long-term.

Gwangju Metropolitan City is one of the six largest cities in Korea, with a population of 1.4 million. Gwangju is rich in culture and art, as shown by its cultural initiatives such as Hub City of Asian Culture project and Gwangju Biennale which make the city one of the most vibrant and colourful places in the country.

Chonnam National University (CNU), located in Gwangju Metropolitan City, is one of the most prestigious national universities in Korea. CNU has been playing a pivotal role in strengthening justice and human rights in Korean history, since its establishment in 1952. Consisting of 59 academic departments in 19 colleges and 11 graduate programs, CNU maintains international ties with 300 universities in 42 countries. The Graduate School of Culture (GSC), which was opened in March 2006, is Korea’s first and only graduate school specializing in culture. GSC currently provides three master’s programs including “Culture and Arts Planning,” “Culture Management and Tourism” and “Media Art and Technology". Having been selected for the Korean government's Brain Korea 21 plus project (2013-2020), GSC pursues its vision of a “world-class graduate school specializing in education and research in the field of cultural convergence and training creative and glocal culture professionals.”

Asian Culture Complex, a government-funded establishment housed in the heart of Gwangju, is doubtless the most ambitious and momentous art project in Korean history in terms of budget, artistic vision and spatial scale. Based in this newly constructed complex, Asian Arts Theatre questions, supports, and creates contemporary performing arts in Asia. The theatre will produce, co-produce, invite and promote art works from Asia as well as the rest of the world. It aspires to become a hub for the production, presentation, discussion and international distribution of the most cutting-edge works in the context of the international performing arts scene. In September 2015, the theatre opens with a three week opening festival which will present almost 30 commissioned, co-produced and invited works, with main emphasis on Asian artists.

Particular emphasis is placed on the artistic aspects of festival management, including artistic vision, political and social responsibility, internationalisation, networking, renewal and sustainability:

Attention will be given to more questions and issues raised throughout the Atelier.

Around 10 distinguished festival directors, will each attend for minimum three full days and work together with participants throughout the 7 days. In lectures, one-on-one talks, group discussions as well as intense workshops on case studies, issues such as artistic vision, public responsibility, creation and coproduction, internationalisation, networking, renewal and sustainability will be explored.

The Atelier is a working space especially designed for festival operators:

The following application criteria will be applied (not cumulative):

Applications (selection criteria are not cumulative) must be:

The fee includes accommodation for seven nights (in a hotel in walking distance to all venues), registration, working documents, access to all sessions, meals and drinks, receptions, local transport, cultural and artistic programme and follow–up activities.

Travel expenses and health insurance are on the participants’ costs. EFA will assist as much as possible with visa issues and other permissions in preparation of the Atelier.

A selection Committee set up by The Festival Academy and EFA will evaluate the applications. Successful candidates will receive a confirmation letter by 12 February 2015. The decision of the Selection Committee is final and no correspondence on the selection process will be entered into. 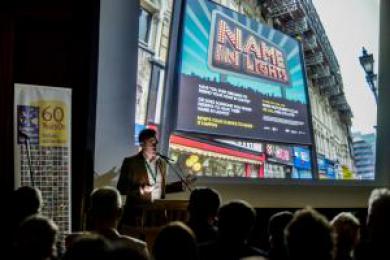 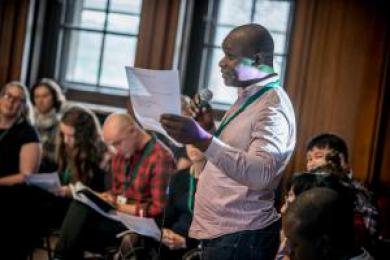 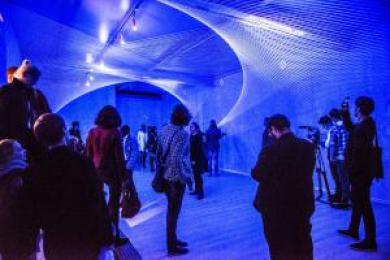 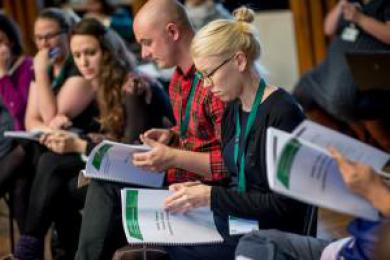