Gaudiopolis 2017: The City of Joy. Off Biennale Budapest

An international contemporary art event, OFF-Biennale Budapest is the largest civil, independent arts initiative in Hungary. Organized on a grassroots basis, OFF-Biennale is based on self-organization and a voluntary collaboration of artists, groups of artists, curators, gallerists, and collectors, among others.

OFF supports the work of Hungarian artists and brings the international art scene closer to the Hungarian public; it produces new artworks, exhibitions, publications, events, and education programs. Settling in private apartments, vacant shop premises, industrial buildings, alternative theaters, and public places, it invites the public to explore the city. It does not apply for Hungarian state funding, and stays away from state-run art institutions. It strives to take an active part in the social discourse on public issues and to enhance the culture of democracy by the means of art.

According to OFF-Biennale, art is a laboratory for social change; it is bewildering, putting the familiar into new perspective, interrupting the routines of thought and action. As such, it contributes to new thoughts and ideas, to the dismantling of prejudice, to the discovery of individual and common opportunities previously unnoticed. Thus, the role independent contemporary art plays in a democratic society is essential.

We launched this project in 2014 to help reestablishing the foundations of an independent Hungarian art scene. To create a common platform for them, we invited the partakers of the scene to realize a biennale on a grassroots and collaborative basis, without any support from the Hungarian government, outside official state arts institutions. During its five weeks in spring 2015, the first edition of OFF-Biennale Budapest hosted nearly 200 programs, featuring more than 350 artists from 22 countries in more than 100 venues (the majority in Budapest, and a lesser number in cities outside the capital and abroad). Our programs attracted 35.000 visitors.

The first edition of OFF-Biennale drew momentum from the joint struggle for the sustainability of a critical-minded and independent art and thinking, in a social environment that witnessed increasingly antidemocratic, segregationist, and xenophobic tendencies. As a next step, we must move forward and prove art’s competence, audacity, and commitment in social issues. With this aim in view, we have decided to give this year’s biennale a thematic frame that allows us to address crucial and intriguing issues having their bearing on both the present and the future, as well as to discover the liberating power of art, as we occupy the city in a variety of ways.

Gaudiopolis (1945–1950) was the name of a Children’s Republic founded in the aftermath of World War II in Budapest by Lutheran pastor Gábor Sztehlo. His orphanage provided shelter and home for hundreds of children regardless of their religion, social background, or nationality, who lost their parents to the war. Children dwellers of the “City of Joy” formed their own government, elected their representatives, and adopted laws that applied to everybody (including teachers). This community set out to learn democracy anew and, eliminating all social barriers in the spirit of Christ’s gospel, to educate children to become “independent, self-conscious, practically trained, and theoretically qualified citizens striving for better self-understanding and self-criticism.” Gaudiopolis achieved a certain level of self-sustainability through the residents’ common work. Although it did receive some funds from the state, it functioned independently until its 1950 nationalization. The story of the Children’s Republic was immortalized in the film Somewhere in Europe (1948, dir. Géza Radványi), in which many of the children of the community also took part as actors. 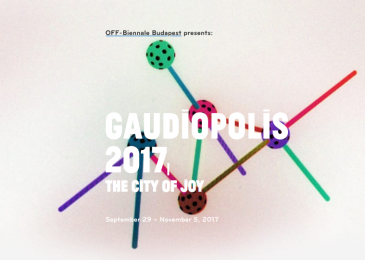