"The INTERFERENCES International Theatre Festival has reached its third edition, and this year it coincides with the 220th anniversary of the founding of our theatre. Since our company has succeeded in bringing the fame of Cluj culture far beyond the borders of the country, to almost every continent in the world, maybe there is no more appropriate way to celebrate this anniversary than by hosting some of the most interesting trends of the contemporary theatre. The main theme for this year is “voices in dialogue”, exploring the connection between theatre and music.

One of the endeavors of todays theatre is to redefine the relationship of artistic forms. There is musical structure in any dramatic form. However, the theatrical structure I like most bears a close resemblance to the structure of a musical piece, where the important thing is not the “story”, but the “score” and the style of the performance. In this way, theatre appears as a synthetic and complete art, something quite identifiable in contemporary theatrical endeavors. During the selection process for this year’s Festival, we had in mind those outstanding performances from all over the world that have been created by artists who are not solely theatre people, but important musicians as well. We also looked for performances that make an attempt at reinterpreting the relationship of these two art forms which have always belonged together.

An example of this is Max Black, directed by the outstanding composer-director Heiner Goebbels or Hand Stories, created by Chinese marionette-artist Yeung Faї, in which music has a kind of narrative role. The world-famous choreographer-director Josef Nadj is returning with the performance Les Corbeaux (The Ravens). The latter is built on a theatrical dialogue with saxophonist Akosh Szelevényi. Alban Berg’s opera Wozzeck is staged in a new and interesting way by Dávid Márton at the Berliner Volksbühne. The National Theatre from Prague presents Crazy Day or The Marriage of Figaro with contemporary live music, a play based on Beaumarchais’s drama and directed by Michal Docekal. Of the overseas productions, I would like to mention, Ukchug-ga, Jaram Lee’s Pansori performance from South-Korea, which is an adaptation of Brecht’s Mother Courage and Her Children, presented by a company that has become critically acclaimed throughout Europe and which has sold out at the Avignon Festival. It is our pleasure to present again Puccini’s Gianni Schicchi, directed by Silviu Purcărete, in which our actors sing most of the opera roles. Besides our company, Romanian theatre is represented by another Purcărete-vision, Gulliver's Travels, by the Radu Stanca Theatre from Sibiu, which has been presented in Edinburgh, and by Gellu Naum’s The Island, directed by Ada Milea at the National Theatre from Cluj. The diversity of the program is ensured by Blutopia, a jazz concert featuring American saxophonist Alex Harding and pianist Lucian Ban, and the presentation of Hungarian and Romanian translations of Georges Banu’s excellent book about theatrical music, as well as by the various off-programs.

The biggest international theatre event in Cluj offers the city's wide ranging audience an opportunity to get an inside look at some of the most significant, contemporary world-theatre endeavors. One of the main purposes of the Festival is to extend the notion of interferences, incorporating the interferences of different cultures, of spaces, of music and theatre, up to the next possible topic which would deal with the relationship of the sacred and the profane theatre within theatre.

You are invited to see many strong performances in a relatively short period of time. We hope that you will become closer to the forms of expression of contemporary theatre, and that you will have the chance to get closer to some new forms of expressions in contemporary theatre and to become familiar with different theatrical cultures by performances presented in many different languages. Theatre is, in fact, a bridge between cultures.

I would like to thank all our supporters for making this new meeting possible and I wish you many joyful evenings in the upcoming two weeks". 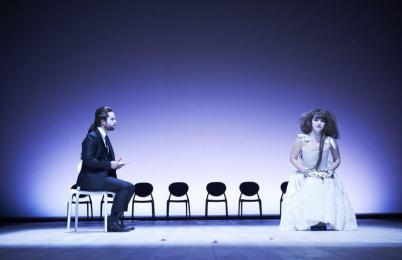 The day of madness, or the marriage of Figaro, source: https://www.facebook.com/Interferences.Festival 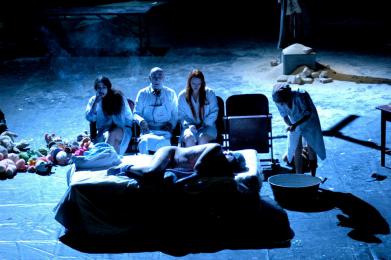 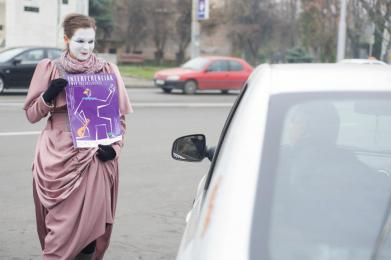 The third edition of the INTERFERENCES Festival will take place between November 27th and December 9th. The Festival's main theme is “Voices in Dialogue”, presenting productions which propose new aesthetics regarding the dialogue of these two major art forms. In addition to twenty performances from fourteen countries, the Festival will also offer workshops, after-show talks, exhibitions, and book launches. By organizing the festival in 2012, the Hungarian Theatre of Cluj sustains and promotes the candidature of the city for the title European Capital of Culture.