Performances of "Ucieczka - Flucht" (Escape), a documentary theatre production, in Poland and Germany

Das Letzte Kleinod and Gdynia Główna Theatre have co-produced a documentary theatre production on the experiences of people fleeing the Second World War and its aftermath. From the organisers:

Documentary theatre production travels in a freight-train from Poland to Germany. A cooperative project of the artist group Das Letzte Kleinod and the Polish Gdynia Główna Theatre.

The Second World War drove millions of people from their homes.
The Das Letzte Kleinod theatre went along with the Polish Theatre Gdynia Główna in search of their traces in Russia, Poland and Germany. They interviewed the witnesses about how they experienced their escape as children. Their stories became the basis for a documentary theatre piece, which is to be developed and performed this summer in a freight train. The performances will take place between 15 July and 26 August 2016 at ten stations in Poland and Germany.

A young soldier was supposed to guard a grocery warehouse near the embattled city of Berlin. But instead he distributed the canned meat to starving refugees. A Russian girl and her family fled from the Nazis from the destroyed Valdai and finally got assigned to a flat in Königsberg. But first they had to pull away a dead horse that was lying in the stairwell of the dwelling. These are only two of dozens stories that the theatre-makers gathered on their research trip.

Even today these experiences are pervasive among the older generation. Witnesses in Kaliningrad, Gdynia, Frankfurt/Oder and Lower Saxony shared their traumatic memories. Now these stories are to be staged at a place which evokes the history of flight like no other. Almost all of the witnesses spoke of several days of transport by rail. The piece is therefore staged in old freight cars that have been rented from Slovakian railway company. The performances will take place at rail yards between Pomerania and Lower Saxony and are performed by actors and musicians from Russia, Poland and Germany.

Das Letzte Kleinod is a theatre which has gained international recognition for staging documentary pieces at original venues. The projects are carried out with the ocean blue train, a mobile production facility with nine own railway wagons. This year the theatre was awarded the Theatre Prize of the Association of the State Minister for Culture and Media. 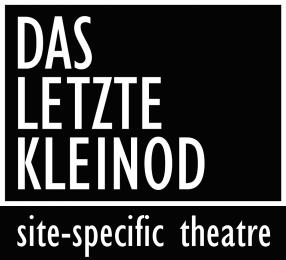