For the New Year 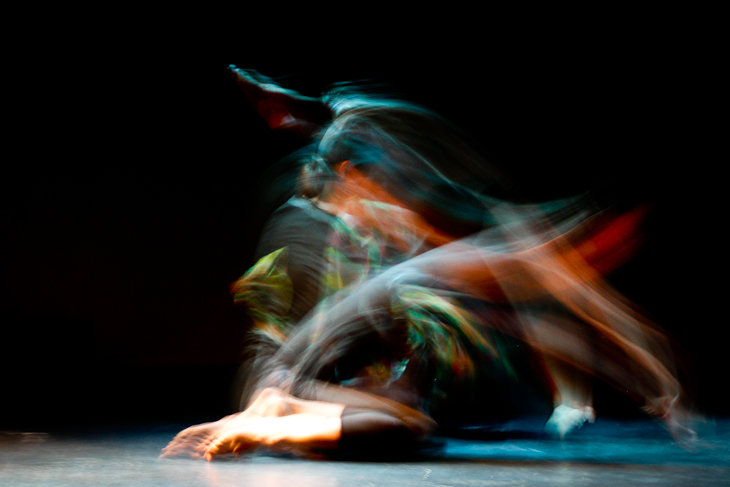 For the New Year

The end of the year is an excellent opportunity for all kinds of summaries and predictions for the future. What did this year bring into dance? What will the next year be like? And, most importantly, what should we do to make it a better one?

10 years ago, in the article “Waiting for Małysz” (“Czekając na Małysza”) published in the “Didaskalia” magazine, Joanna Leśnierowska diagnosed the situation of Polish dance. She wrote that even though we share similar experiences with dance artists from the neighboring countries, we are not as distinctive on the international scene as they are.

A year ago, in an interview for the “Teatr” magazine, she updated her diagnosis. She was much more optimistic, as her main thesis was that maybe it is time to stop waiting for another Małysz, the famous Polish ski jumper who achieved such an astonishing success that he singlehandedly popularized a discipline that was previously largely unknown. Perhaps the solution lies in a group of dancers, in supporting the flock as a whole, out of which some individual will certainly emerge.

And in the time separating these two interviews Joanna Leśnierowska and the Old Brewery New Dance program acted in exactly that manner, which has brought great results. The dance scene in general changed as well: the Institute of Music and Dance was created, dance began to appear in theaters, museums, and to fight for its own places.

I do not attempt to make a broad diagnosis of the whole dance scene in Poland, to list its main advantages and disadvantages. I would rather withdraw from the wider perspective to focus on the closer one and think about what I would wish myself for the year 2017. After thinking for a long time I have one perfect wish. I wish for the concept of a “work in progress” to vanish from my life.

It would not be an exaggeration to write that 20% of dance events of which I hear are a presentation of a work in progress. It is not as bad when the work is announced as such from the very beginning. It is worse when two days before the planned premiere it transpires that it is not going to be a premiere, but in fact only a preview, because the rehearsals lasted one week (sic!), and “work in progress” is in this case is a term which is used to cover unpreparedness with its worldly sound.

When a “work in progress” was shown in the ‘60s, as, for example, in Peter Brook’s case, it constituted a stratagem to circumvent censorship, because the Lord Chamberlain had to approve every performance, but was not obliged to censor workshop previews. It was a way to state something more, to express oneself in an avant-garde form, in short - to present something that would not be accepted by censorship. It was refreshing and revolutionary, especially if we realize that the world of the ‘60s was still governed by rigid rules.

However, many years have passed from that moment. The world today is barely holding at the seams. And what can we see on the stage? Unfortunately, I cannot shake the feeling that by watching a “work in progress” I receive something that has been hastily assembled, as it is usually created within weeks, not months or years; that this form is in fact “instead”, it is a substitute, a performance-like product. The creators can continue seeking, they probably benefit in some way from this type of a meeting with the audience, but what does it offer to the viewer? Sneaking a peek into the dance kitchen can be intriguing for the first few times, but how long can this curiosity last?

Demanding a finished performance might sound commercially, and in part it may be exactly that. However, let us look at it in a broader perspective: would we want for 20% of theater performances, music albums, movies and books to be presented to us unfinished? Would anyone want to read this text as a “work in progress”? Finally, how this kind of a raw performance is supposed to compete for the viewer's attention with other forms of art, and, going even further, why should a viewer treat a performance without prepared costumes, lights or music, as a professional piece? The form and character of a presentation can encourage or discourage the audience. An experiment, the act of searching, is, by definition, a proposal for a narrow circle of interested individuals. If works in progress constitute such a significant percent of performances, then we will be left in our own company.

I appreciate the variability of performing arts, and enjoy their unpredictability. Nonetheless, I would like the concept of a “work in progress” to remain peripheral.