Public Theatres vs. the Independents. The Saga of the Never-Ending Systemic Change in Romania (I) 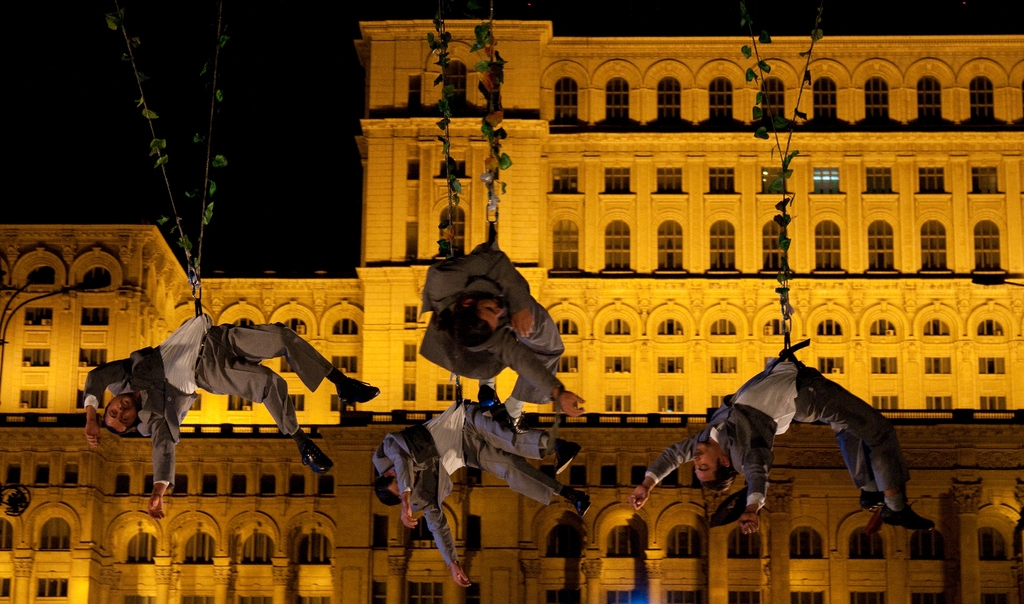 With a new – and technocratic – government, a Ministry of Culture with a limited mandate (until the next elections, in November this year), and a national competition for the 2020 European Capital of Culture requiring the approval of cultural strategies (something that basically no city in the country has ever had before), we are living in interesting times in Romania. Interesting mainly because it is the first time when the mere existence of non-institutionalized, non-subsidized sector of performing arts (the so-called independent sector) is taken into consideration when talking about public strategies. But also because taking the independents into consideration has triggered an aggressive counter-reaction from the dominating public institutions. The general impression is that the constantly expanding independent sector is being seen as a „menace“ for the subsidized theatres, for their budgets and their traditional mode of production, and the public sector appears willing to make use of their whole symbolic force in order to preserve the present status-quo.

200-250. This is, more or less, the number of university-trained actors that graduate from a theatre school in Romania every year. More or less, because no official body keeps a public track of the dynamics in each specific field of specialization. We only know the rough numbers for the general areas of „Theatre and Cinema:“ between 1990 (when those who graduated had entered theatre universities during the communist times) and 2011 (when those graduating belonged to the last generation entering universities before the economic crisis), the number of actors, stage and film directors, set-designers, cinematographers, students in theatre and film studies, etc., leaving the universities every year has increased nationally from 44 to 647 (according to the National Institute of Statistics). After the beginning of the crisis, the figures settled at about 470 graduates – the great majority of them being, now just as in 1990, actors (the Bucharest University of Theatre and Film alone has 57 students in Acting per year).

Figures are boring in general and meaningless in the absence of context – such as the number of drama theatres in Romania (less than 50), the inner dynamics of their companies of actors (or of staff employment in general) and the repertory system at a national level. Or the detail that the local film industry is underdeveloped and that in Romania foreign movies are never (or rarely, in the case of animation films and TV programs) dubbed, which means that the labor market for actors is even smaller than in other countries. But when it comes to the opportunities for the young generation of theatre professionals, figures do say something: while most of those graduating until the year 2000 could find some form of employment according to their education (especially in theatres, but also in television or the emerging entertainment industry), in the last five years, the employment (including technicians and administrative staff) in the public theatre sector varied at the level of +/- 1%, +/- 100 people. And as bizarre as it might look for a European landscape, where classical employment contracts are not at all typical for performing arts, in Romania, this type of contracts are the only form of recognizing art as a profession and artists – as „deserving“ of at least a kind of minimal social protection.

Outside public, subsidized institutions, artists do not exist, at least not legally, since they work on copyright contracts that function identically for an actor performing every evening and for an  heir of a writer or composer who died 50 years ago. In a recent (2012) document regarding a legal proposition regarding the status of artists, the Government argued that art is a form of exercising one’s freedom of expression, and, therefore, the State cannot limit this form of free expression by establishing conditions for  (professional) recognition of artists.

The result? Nobody knows how many of those hundreds and hundreds of theatre and cinema graduates do find work in their professional field or how many are actually earning at least 50% of their yearly income out of exercising their artistic profession. We do know for sure that an extremely small number of them has been employed (and only on temporary contracts) in public theatres after the year 2010, when all permanent employments in all public institutions was halted. And nobody wants to find out how many artists work professionally without being employed (except for the independent sector, which does not have the means to do it): neither the public authorities, because they would be forced to admit that a large number of people work without a decent form of recognition and social protection; nor the public institutions, because a market saturated with freelance, hungry artists offers them a highly qualified, extremely cheap labor force to use, mainly in addition to their own company of actors (so that in Bucharest, the new trend is not to pay the performers at all for the rehearsals period).

The president of the Romanian theatre guild (who happens to also be the general manager of the Bucharest National Theatre) shocked everybody in January this year by calling all the freelance, independent actors „unemployed“ (the Romanian term refers specifically to people without a permanent or temporary working contract), whose participation in castings organized by public theatres proves that they were looking for employment in these institutions. The outcry notwithstanding, the statement represents only the tip of the iceberg of the public theatre perception on what the independent performing arts sector means: not a complementary mode of production (grant-based, process- instead of product-oriented, emphasizing the voluntary association of artists with „elective affinities,“ etc.) fighting precarity and demanding professional recognition, but rather a vast and indistinct mass of artists fighting for „power“ and resources of subsidized institutions. And this huge misunderstanding is, in fact, the canvas on which the discussion about the future of theatre in Romania is supposed to start.

Iulia Popovici is a performing arts critic, editor and curator. Read more about the authore here.