Organizer of the festival is the Teatr im. Jaracza in Olsztyn, the creator is Marcin Zawada, artistic director.

The idea of the festival is to create room for multicultural dialogue in the East European countries. After the political transgressions, theaters in former communist block countries started to live separately and lost contact. DEMOLUDY Festival gives occasion to see what post-communism theatres are doing at the present moment and facilitate beneficial exchange of experience and ideas. It's also an occasion to think that we're all not closed societies, but communities of people living among the ruins of western civilization.

Forgetting political differences we should learn how to communicate through art, which by itself is beyond stereotypes and historical resentment.

The word "demoludy", which was formerly treated as derogatory term describing citizens of former communist block countries, is now employed as a gesture of resistance against mass culture. 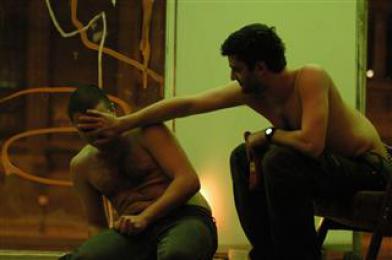