Call for applications: THE JUDGEMENT, a workshop at Odin Teatret, Denmark


The workshop will develop a multidisciplinary art project, which started in 2013 in Budapest, led by Giuseppe L. Bonifati/DOO. It is open to a limited number of participants, performers, dancers, musicians, video makers, photographers, who are interested in meeting Divano Occidentale Orientale. In particular the workshop welcomes applications from Denmark and Nordic countries.

How to integrate visual arts and theatre? In an era when all search is forcibly lonely, is it possible to build beyond our beloved and hated individualisms? Individual creation is a discovery, an immersion; creation in a group is expansion, an opening - can the two dimensions coexist?And can the coexistence of the two fundamental dimensions of a human being (the vertical and the horizontal) be communicated through a stage art which is of choice raw and essential? -  These are the main questions we ask ourselves and we want to investigate in our artistic research.

Following are some other topics with which we would like to start the process:

if I gave you a sword, what would you cut in two?"

Language: The workshop will be conducted in English. Giuseppe L. Bonifati and Alberto M. Guinaldo can communicate with the participants in Italian, Spanish and French.

The FEE of DKK 3,000 (about 400 Euro) must be paid within December 10th 2013, once you have received confirmation of selection, and it includes spartan lodging in the Odin guesthouse, free access to services (kitchen, laundry and wireless internet), material for mask making, use of working venues and stage equipment.
Participants will be requested to help with practical tasks inside the theatre, including daily cleaning.

Applications should be sent to Odin Teatret: [email protected]
for the attention of Selene D'Agostino and marked THE JUDGEMENT

The applications will be considered in order of reception and confirmations will be sent immediately without waiting for the final deadline.

GIUSEPPE L. BONIFATI (1985) is an actor, playwright and theatre director based in Italy and Denmark. He studied at the Paolo Grassi Civic School of Dramatic Art in Milan, at the Silvio D'Amico National Academy of Dramatic Arts in Rome and at the Venice Biennale International Theatre Workshops.

He is the artistic director of the ensemble Divano Occidentale Orientale, for which he wrote and directed Ammaliata, winner of the ETI (Italian Theatre Institute) prize for "Teatri del Sacro 2009"; and Cala 'a Saudage, finalist for the CRT - Teatro dell'Arte Kantor Prize Festival in 2010. Giuseppe L. Bonifati won the Alessandro Fersen National Prize of Dramaturgy in 2011 with the text Pepè El Bastardo Impaziente e Innamorato. In March 2012 he directed in San José (Costa Rica) his play Maiden in Costa Rica, co-produced by Ministry of Culture/Teatro Popular Melico Salazar/International Festival of Arts 2012. The play got the Student's Jury Award at Puppet is A Human Too Festival 2012 in Warsaw, Poland.

He also conceived the performances qui-es-tu?tu-me-tues 2013, in collaboration with Venice Biennale - Int. Theatre Workshops/Nordisk Teaterlaboratorium/Sarajevo Winter Festival and the multidisciplinary art project The Judgement 2013, in partnership with Art Quarter Budapest.

ALBERTO MARTINEZ GUINALDO, born in Spain in 1971, he has attended the Conservatoire d'Art dramatique in Liège (Belgium) where he got an acting degree in 1999 and studied with renowned Russian acting teachers from GITIS: Vladimir Ananiev, Irina Promptova, Tatiana Agaeva and Oleg Kudriachov.

His interest in multicultural and theatre research brought him to work in many different countries: France, England, Singapore, Italy, Canada and Spain, performing or running workshops, for both adults and young audiences. He performed in The seagull by Eimuntas Nekrosius in 2000, and has been working in recent years with theatre directors such as Mathias Simons, Nathalie Mauger and Jean-François Noville. In 2006 he received a Best Actor Award at the Huy Theatre Festival. He has performed in two plays directed by Eugenio Barba: The marriage of Medea in 2008, and Ur-Hamlet in 2009.

In 2008 he joined The Jasonites, performing and developing a social theatre programme in Torino (Italy), Holstebro (Denmark) and Freiburg (Germany). Alberto has toured in Europe with The Jasonites as part of the EU funded Caravan Artists on the Road project. With Divano Orientale Occidentale he starred in Maiden in Costa Rica 2012, qui-es-tu?tu-me-tues 2013 and and he will take part in The Judgement and The Last Blow, new DOO productions scheduled for 2014. 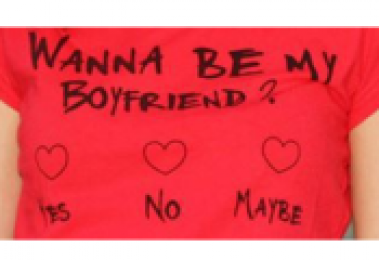