The 4th session of the Laboratory is organised as part of the “Desant” educational project which has been carried out by the East European Performing Arts Platform (EEPAP) since 2012 and is addressed at artists, critics and theoreticians of performing arts in the Eastern Partnership countries. The Desant activities are rooted in local reality and related to a specific socio-political context; they combine workshop elements with theoretical reflection and are created in close cooperation with partner organisations.

Laboratory session in Lublin “Pressure-oppression-emancipation” organised during the Theatre Confrontations Festival will focus on performative strategies of defining and problematizing oppressive moral, political and aesthetic systems; on emancipation projects characteristic of specific cultural spaces; on the role of censorship and auto-censorship in art. The meeting will be organised as a seminar. Its participants will watch and discuss the festival performances, take part in meetings and lectures given by the festival quests and, simultaneously, continue working on their projects.

The meeting in Lublin will also feature screenings of a movie made during the previous session “Hero-image” as well as presentations of work-in-progress by the participants. The next Laboratory session will take place in autumn 2015 in Kharkiv.

The cyclical character of work within the Laboratory is designed to produce a series of performative and interdisciplinary projects which would focus on the experiences of the participants of the Lab - as artists and citizens working in a specific cultural, social and political context. 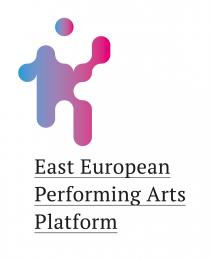