Levan Khetaguri has a PhD in Art Science and works as professor and director of the Arts Research Institute of Ilia State University. He is also the president of the Stichting Caucasus Foundation (The Netherlands).

Levan Khetaguri is a member of different international institutions and scientific boards. Since 2008 he has been a member of the European Cultural Parliament, as well as a member of the strategic group „A Soul for Europe”. He is also involved in IETM, ELIA, the Gulliver Network etc.

His plans are regional and interregional cultural cooperation and co-productions.

"Remarkable personalities inspire the creation of ideas and can be found everywhere in Europe". This is one of the professor's main focuses.

Since 1990 he has run several hundreds of local and international projects as initiator, manager, and producer, and has since 1997 has served as Secretary General of ITI Georgian National Center and Director of the European Theatre Research Institute in Georgia. He is a member of FIRT. Member of Gulliver, European Network of Intellectuals, since 1997.

He has published over 80 publications and has functioned as editor and translator in magazines and newspapers (Georgian, English, Azerbaijanian, Slovak etc). He is the author of several books. In 2000 he received an award by the Swedish Writers Guild.

He has served as the organizer of various cultural programs: seminars, conferences, festivals. In 1996 conducted lectures and took part in different international conferences and symposiums, as well as special courses such as: World theatre history, Theory of drama, XX century theatre, History of European civilization, performing arts management, and cultural policy. Since 1999, as invited expert and professor, he has run workshops and master classes in the field of cultural policy and culture management, as well as courses in international arts cooperation.

In Levan Khetaguri’s opinion, the most interesting projects in his career have been: 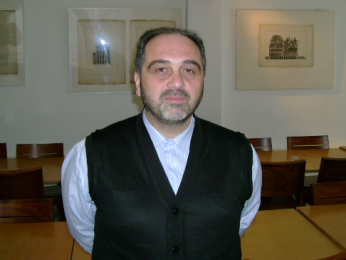