Nelko Nelkovski (born in 1970) has M.A. in theatre studies from the Faculty for Dramatic Arts in Skopje. He is a graduate from the NATFIZ "Krsto Sarafov" in Sofia - Bulgaria as Theatre and Film Director. He is also an actor, critic, writer, musician and the Secretary for International Cooperation at the Macedonian National Theatre. He also serves as President of the Theatre Youth of Macedonia, the IATC Center for the Republic of Macedonia. The Theatre Youth of Macedonia is a Macedonian center for international organizations such as ASSITEJ, AITA/IATA, IUTA, AMATEO and IDEA.

Nelko Nelkovski is a doctoral student of communicology at the Institute for Sociological Political and Juridical Research in Skopje, where he is working on his doctoral dissertation "Theatrical football, a comparative method for treating mutual catharsis phenomena of "theatre" and "football". He is the chief editor of the newspaper and electronic portal www.teatar.com.mk.

He writes and publishes plays, screenplays, essays, theatre analysis, poetry and fiction. He has published musical albums, as well as directed 25 plays, five television series and more than 300 hours of television programs.

He is also the National FARE Coordinator for the Republic of Macedonia in cooperation with FARE and UEFA. As an active member of numerous international theatrical and sport organizations and associations, he has participated in more than 80 international congresses, conferences, symposia and festivals around the world.

He lives in Skopje, Republic of Macedonia. 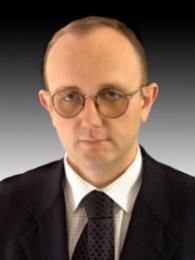