Set in a prestigious hotel in a mountain, completely isolated by a ferocious winter. Jack Torrence, a sobering alcoholic, takes on the job as hotel manager and brings along his wife Wendy and son Danny.

At the end of the season, the hotel guests leave and the family is left alone at their own devices, surrounded by the ghosts of the past and the visions of the future. Jacks failed attempt to murder his wife ends with him freezing in the hedge maze, or burning with the hotel, depending on which version is viewed (Stanley Kubrick or Stephen King).

The play premiered on December 17h 2010 and is performedin both English and Croatian languages no subtitles needed. It is intended for all audiences above 14 years of age. The duration of the play is 45 min. 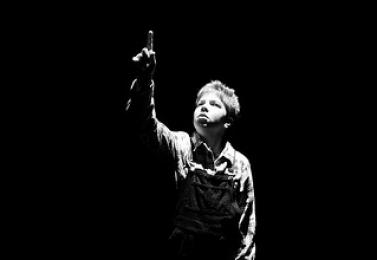