The new title of the 2011/2012 season is BORDERS. It is a play for open minded people who are open for changes in their local society.

“Patriotic Hypermarket” has special target group - people from the current ExYougoslavian and regional countries where there nowadays is an ongoing human conflict (Bosnia, Macedonia, Albania an Serbia). The play has been made for people who are dealing with specific emotions and situations in their life. It is social engaged documentary which serves to be a mirror of today reflecting problems of domestic people, real people who are dealing with problems of human rightss, political wars, hate and fear.

“Patriotic Hypermarket” is a part of the project "Views: Personal histories of Serbs and Albanians" (View from my window). It is a project which aims at enabling Albanians and Serbs to tell the story of their lives stories to each other - stories from the past and from the present from a subjective perspective.

The project partners believe that a great deal of misunderstanding, distrust and hate between Serbs and Albanian is based on generalized perceptions of the other ethnic groups, thus creating prejudice that keeps them alive. The cultural dialogue between Kosovo and Serbia has perished for the last 20 years.

This project aims at exposing our mutual history through personal stories and testimonies of ordinary people, creating a theater play that will present the relations between Albanians and Serbs, their differences and similarities. The project partners believe that after 10 years of conflict in Kosovo, the time has come to present the success story of fruitful cooperation between artists from Kosovo and Serbia. This cooperation will serve as an example to others.

The project will be implemented in a time when Kosovo and Serbia are expected to be candidates for EU membership. The implementation of this project under these specific conditions may facilitate the relaxation of the Albanian-Serbian relations, as well as create platform for debate about these relations. If this assumption proves to be true, the spillover effect may be the intensified communication and cooperation on both sides of the border. 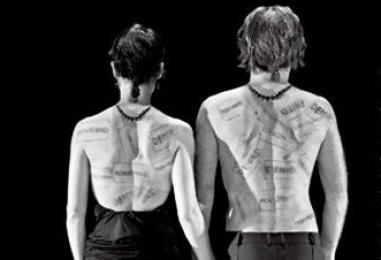