"Sleep" is performance for the very young children (age: 0,5 - 3) their parents, grandparends and carers.

Baj’s Babies "Sleep" begins a new repertoire trend: Baj’s Babies (Bajowe Najnaje), within which spectacles for the very young ones will be produced in Baj Theatre.

"Sleep" has been created especially for the really little spectators – children from several months to 3 years old. For them was created safe, cosy and comfortable space, in which they will be able to feel completely free, be not only spectators, but also guests. One of the main assumptions of the spectacle is stimulating and developing child’s imagination and creativity.

The performance "Sleep" is a combination of the oldest Polish theatre for children’s tradition with the untamed imagination and inquisitiveness of young creators and the enormous experience of creativity psychologists and instructors. Alicja Morawska-Rubczak – known as a critic and theatre  for children curator, the only specialist in Poland in the field of theatre for the very young, this time appears in the role of director and stage designer of the performance.

More about theatre for the very young:

The spectacle "Sleep" belongs to the theatre trend for the very young, which was initiated in Poland five years ago by Zbigniew Rudziński from the Poznań Centre of the Child’s Art. Though this may seem hardly possible, spectacles for babies have been produced around the world for about 30 years – creators of his movement are Italian artists connected with the Bologna theatre La Baracca – Roberto and Valeria Frabetti.

Those spectacles, brimming with sensory sensations, affecting all the senses, are characterized by enormous sensitivity to the tiny spectator, willingness to communicate with him, using his own language. Lack of narrative structure or a traditional storytelling is not an obstacle to unusually creative and revealing formula of the spectacle, in which the most important factor is the meeting with the audience. It is a very sensual theatre, in which colours, shapes, sounds or even tastes and smells have their roles to play. "Sleep" is the essence of the good theatre for the very young, and moreover, the first project in Poland implemented on the basis of workshop work with children in the creche combined with consultations with creativity instructors.

The creators want to develope this field and idea of theatre for the very young in countries that are the begginers on this art field as we were five years ago. 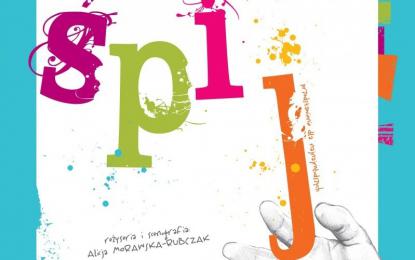