The 10th Academy for Theatre Practices’ "Gardzienice" final performance "Supermarket and National VooDoo" will premiere on June 15th 2012, with a second performance on the 16th. The performance will be shown during the theatrical maraton – the Cosmos of "Gardzienice". The show starts at 8 p.m.

The performance "Supermarket and National Voodoo" is a spontaneous, theatrical and musical interpretation of Andrzej Stasiuk’s text "Diary Kept Afterwards" (2011). The sung, spoken and rapped text is a vehicle for an ironic take on describing post-communist Polish reality, where national myths mix with a consumerist way of life.

"Similar to Stasiuk’s text, the performance is a voyage through characteristic contemporary Polish places and situations such as Marian’s sanctuary in Licheń, a funeral march, a rally, a queue in a railway station, a promotion in a commercial gallery, or a disco and Sunday mass.

Through these cinematic scenes accompanied by oberek, hip-hop and techno rhythms, the voice of a generation which experienced the reality of communism (and was the first to be forced to overcome predatory capitalism, consumerism and globalization) tears through".

The activity of the Academy for Theatre Practicies "Gardzienice" is co-financed by the Ministry of Culture and National Heritage. 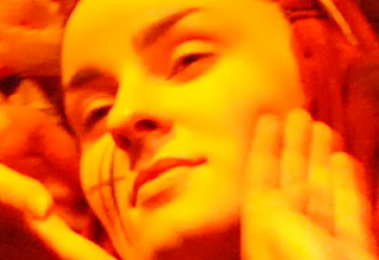