"Paper hunters" and "The House of Bernarda Alba" – Wrocław, Poland

"Paper hunters" - The Mysterious K. is a typical everyman, a captive and lost character that faces a personified authority allegory and the regulatory system that navigate his activities. Embroiled in the regulatory system, K. is plunged into a more and more absurd reality with which seems to be endless.

The performance is produced in the Theatre of the Absurd where an autonomous world vision receives the parabolic character. The causal connections are rejected and replaced by surreal elements. The deformations of some of the realistic situations make them symbolic. The experiences of the main character, on the other hand, mirror the state of mind of a modern person – socially misfitting, alienated, or even treated as an object.

"The House of Bernarda Alba” - drama by Federico G. Lorca. Lorca's play was read as a story demarcating the permitted forms of sexuality and the definition of what is normal, moral and natural. The source of this existential drama comes from the gap formed between two bodies that wish for pleasure and intimacy. He also writes of how a daughter options are limited through constant maternal surveillance and control. Lust, love, and death are central elements.

Ticket offices: Tickets for all performances are sold exclusively in the ticket offices of the Polish Theatre in Wroclaw:
Jerzy Grzegorzewski Stage
Zapolskiej Street 3
50-032 Wrocław
phone: (+48) 71 316 07 80 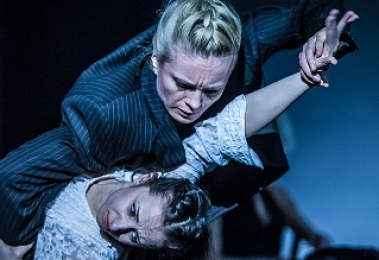 "Paper hunters" and "The House of Bernarda Alba" – Wrocław, Poland