The opening of the Mobile Academy of Dance Criticism was held at the Malta Festival in Poznan – between the 3rd and the 8th of July.


The next session will be held at the 16th International Dance Theaters Festival in Lublin between the 6th and the 11th of November.

Contemporary dance in Poland is in fact not a fresh art in a developing country, but it is in fact already a maturing and expanding one. Dance, as an art rooted in the human body, mirrors the intimate lie of the individual and the society, being both political and spiritual. Dance is democratic by nature; it is an artistic activity of highly international character and is designed to encourage various forms of cooperation, both on a personal level and in group settings. At the same time the dominance of its physical aspect makes this art suffer from a chronic lack of intellectual resources which would allow dance to be placed among other areas of culture as a rightful and equal partner.

The Mobile Academy of Dance Criticism was created to face the aforementioned situation - What does it want to become?

The mobile nature of training relies on cyclic but variable, in respect to time and place, meetings between teachers and students. The meetings will take place over several days filled with intensive sessions in various places and on different occasions, each time retaining the same group of students, but changing forms of collaboration with the lecturer. The particular workshop will therefore be of a literary-critical character, with a following theoretical seminar or lecture and performative demonstration. This will allow the participants to learn various techniques and offer them tools of critical writing; it also enables them to familiarize with several working methods and the personalities of the leaders. Finally we hope to establish personal contacts in the various centers.

The academy is dedicated to educational purposes. A team of experienced experts will educate people who, in the nearest future, will be active on the Polish and European dance market. The leaders are not just university researchers, but experienced artists as well. The graduates should be able find employment as critics, editors, dramaturgists, curators, and organizers of cultural events.

By criticism we also wish to create an educational project for cultural leaders in the country. We want criticism to be an activity that includes the knowledge of how to make a competent analysis; a fair and comprehensive assessment of the commentary. Criticism is understood as a specific attitude and permanent disposition that necessary in the daily work of those who create and maintain an intellectual environment in this extremely rapidly developing field of culture, in which artistic dance has found itself.

The intended number of students at the MADC would be around 10 people aged 24-35 years (these limits are only suggestive) who already have a humanistic educational background. Recruitments will take place in two steps; preliminary selection on the basis of submitted documentation and a written interview will select four people. The next four places are reserved for students selected by co-operating universities or other research centers. Two-three scholarships are reserved for young people from Eastern Europe; Lithuania, Ukraine, Serbia, Croatia, Czech Republic, Hungary, Belarus among others. In the future, MADC plans to organize trips and residencies at international festivals and art centers, and to cooperate with international journals,  and centers of theoretical and critical thinking.

The academy aims to work as a system of scholarships for a group of selected students who would meet several times a year as a group. The faculty, in addition to purely theoretical researchers, should include practitioners able to give lectures and lead seminars. Between the congregations, students will be supervised by a local mentor responsible for their studies, exercises and writing. Participants do not receive funds in cash. The annual scholarship for each of the participants includes the cost of participation in festivals, travel and accommodation expenses during the session, as well as other necessary workshop costs.

The best student texts will be published in the affiliated journals, and this publication is not only for the author’s satisfaction, but to facilitate the necessary confrontation with an audience. Our students should also have the opportunity to have short editorial, journalistic and dramaturgical exercises.

The MADC cannot and does not work alone. Our intention is simply to create a future network to exchange ideas and meet on the ground of critical confrontation between theory and practice; a network of cooperating institutions, organizations and groups of independent experts and enthusiasts. We would like to cooperate on a partnership level with Polish institutions and government agencies; e.g. the Institute of Polish Culture abroad, the Institute of Theater, Visual Art, Music and Dance, publishers, theaters, and European and other international institutions of cultural character.

The opening of the Mobile Academy of Dance Criticism was held at the Malta Festival in Poznan between the 3rd and the 8th of July!

Next session at 16th International Dance Theaters Festival in Lublin between the 6th and the11th of November!

Jadwiga Grabowska (publishes as Majewska) – is a dance critic and theoretician who also writes about theatre, fine arts and religion. She holds an MA in religious studies from the Jagiellonian University, Krakow, where she specialized in modern art. She mainly publishes in the magazines "Didaskalia" and "Teatr", and she collaborates with TVP-Kultura. She has worked for The National Museum in Krakow, the American theatre in Chicago, in art restoration, and as a manager of a charity foundation.

She is also an active workshop leader and lectures on dance at the Jagiellonian University. Co-author of "The Report on Dance in Poland" (for the Ministry of Culture) and author of the book on current Polish dance scene "The Body Revolving the Stage. New Dance in New Poland (2011)". She does editing work and publishes articles popularizing contemporary dance. Engaging her time to be jury member of several festivals, she has recently worked as a curator and moderator of some international artistic and educational projects.

Born in Krakow, where she mainly resides, but she has also lived in: London, Rome, Chicago, Seattle and Buffalo. As a Polish Ministry of Culture fellow in 2011, she edited two anthologies of dance writing, both Polish and international (to be published in 2012). She is currently working on translating "Terpsichore in Sneakers" by Sally Banes into Polish. She is co-founder of the Open Forum of Dance Communities. She is a member of the Council for Dance Program of The National Institute of Music and Dance and member of the Dance Critics Association and Congress of Research in Dance. 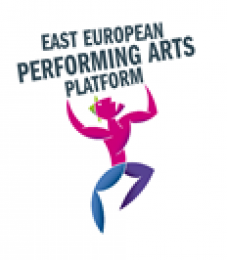