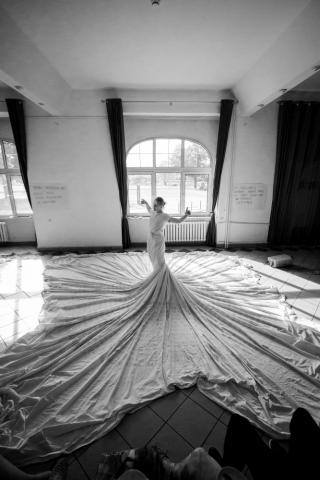 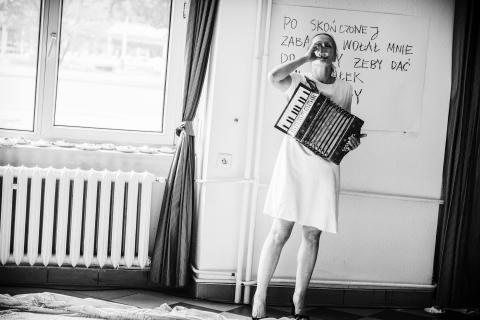 Her art is committed and respectful. Lubos has repeatedly emphasised that she wants her actions to speak for those who are not able to defend themselves, and would like to discuss their confusion, powerlessness, or need for silence. This is how Acts came into being. It is a celebrated performance that was presented at the Polish Dance Platform 2014 in Lublin.

She is going to present Acts during the South Caucasus Contemporary Dance and Experimental Art Festival in Tbilisi, Georgia, on June 7, 2015. She is also going to conduct dance workshops at the State Ballet School in Tbilisi as part of the festival. Both events are ogranised by the East European Performing Arts Platform (EEPAP).

georgia from aurora lubos on Vimeo.

The touching Acts (2013), with music by Motion Trio, was inspired by real stories of people affected by family violence, and is a response to the letters and calls the artist got from people who had experienced violence. The immediate impetus came from the art therapy workshops that Aurora Lubos conducted in centres helping victims of violence, most often women and children.

Her other projects include solo performances Zanzibar, Unfinished, Knife, Horse and Stairs, Thou Shalt Not, installations/performances No 1, Four Corners, Act for Two – Leftovers, Without Home and an animation series Winter 2010. 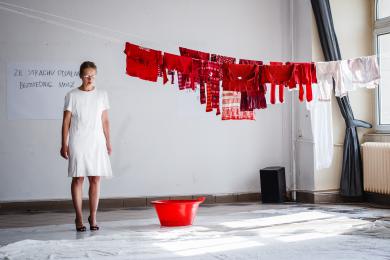