The call is opened to single artists or emerging and independent professional companies that work with professional purposes in the field of contemporary theatre, dance and performing arts.

Born in Rovigo in 1994 under the artistic direction of Teatro del Lemming, Festival Opera Prima became immediately an event able to lead to critical attention a new theatrical generation that, in the 90s, was completely excluded from the Italian theatre scene. OPERA PRIMA became an "home" and a reference point for this generation, that soon proclaimed itself “Generation of the Invisible Theatres”. The Festival was really important to support those artists stand out. In recognition of this activity, in 1996 the Festival was the winner of the UBU "Giuseppe Bartolucci" prize, awarded by a jury led by the critic Franco Quadri. Coherently with its history, this new edition of Opera Prima wants to host and enhance the multiplicity of trends and researches in European theatre scene. It also wants to become a bridge between different theatrical generations: in addition to the performances selected by this call, every year there will be four important artists or European historical theatre groups, that have to invited to the festival an unknown young artist or an unknown young group.

OBJECT OF THE CALL

This call for entries is opened to groups or artists that practice experimental theatre throughout Europe. EXPERIMENTAL THEATRE is the proposal of a work that really experiments with the dramaturgy (interpreted as scenic composition), the actor, the spectator and the scenic space. In other words, experimental theatre is all that unconventional theatre pursuing: the autonomy of scenic language from a written play; the redefinition of the scenic space; the reformulation of the role and the gaze of the spectator; an original actors' training; a link that connects the actors to the project of the company.

The call is opened to individuals or groups of Italian and European professional theatre and performing arts, structured in any legal form that allows them to fulfill the administrative and bureaucratic practices necessary to realize their performance. Only artistic projects that realize an experimentation with scenic languages, according to the points mentioned above, are eligible for selection. The Festival commission selects both original works that have not been yet performed, as well as works that have already debut, but which have not had an adequate circulation and / or visibility.

Submissions have to include:

All the submissions (with video links) have to be sent by e-mail to: [email protected] writing on the object of the mail “Submission to Festival Opera Prima 2019” by 12.00 pm of the 30th March 2019.

Find out more at www.festivaloperaprima.it 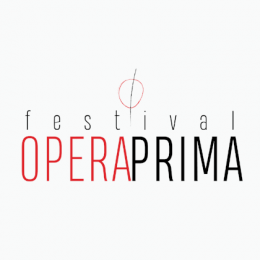