The "Eugene Ionesco" theatre from Chisinau, Republic of Moldova, and the Ministry of Culture in Moldova proudly presents the 10th anniversary of BITEI International Festival of Living Arts - the Biennial of "Eugene Ionesco" Theatre entitled "Theatre meet in Chisinau".  The festival is set to take place between May 25th and June 3rd 2012.

Since 1994, BITEI, with its rich programme and public impact, has become one of the most important national and international festivals of Living Arts. The festival director is Petru Vutcărău.

At the 10th edition of the Festival in 2012, both professional theatres and music and dance companies from Rome, Bucharest, Prague, Moscow, Tokyo, Kiev, Seul, Tel-Aviv, Tbilisi, Madrid, London, Istanbul, Berlin, Baku and Chisinau will parttake.

Many internationally successful companies can be seen on the Chisinau stages; among them the impressive "Ricci/Forte" Company, from Rome, Italy where they will perform "Troia's dicount" under the direction of Stefano Ricci; The Tiger Lillies Band, London, United Kingdom with a musical performance; Kamea Dance Company from Beer Sheva, Israel, with the dance performance "Carmina Burana" with choreography by Tamir Ginz; The Roman Viktiuk Theatre, from Moscow/Russia with "Salome" by Oscar Wilde, and "The Master and Margarita" by Mihail Bulgakov, directed by: Roman Viktyuk; Adrian Santana Company, Madrid/Spania with Flamenco dance performance;

From May 25th until June 3rd, Chisinau will show its potential as a European cultural capital that celebrates the Living Arts and will present Theaters from all around the world. 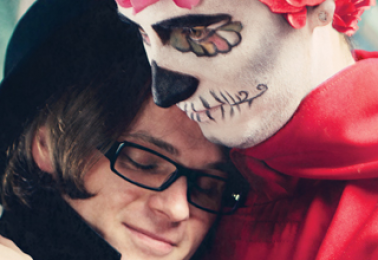