The festival organizers are talking about their festival:

It’s about the "contemporary"

We are interested in the "contemporary" and in the way we see it. We are going to talk about love and capitalism, violence and history, children’s imagination, psychology of women, pain and memory, dreams and losses.

It’s about the people

We gathered playwrights and stage directors, critics and artists, actors and scholars, theatre curators and translators, officials and salesmen, guards and teachers, students and waiters to discuss and face burning issues.

It’s about the forms

We consider theatre as one of the ways to interpret the reality. We will explore different possibilities of staging plays in the theatre, new ideas, plays and their readings, promote discussions and argumentations, stage pilot performances and their failures, foster the ability to work together and its consequences.

It’s about the places

We are going to analyze spaces and search them for theatre locations, intrude into routine activities, deal with new areas and their "natives"- factories, squares, coffeehouses and markets, streets and offices.

It’s about the processes

We have lost our beleif in representative festivals, but we believe that a process-driven festival that aims to establish new values is the way to go.

Stage readings, critical discussions, round tables, workshops and lectures given by famous European and Ukrainian playwrights and stage directors, theatre critics and artists are going to take place at this festival.

We have paid thorough attention to the translations of actual European authors, and this is the first time that nearly all plays will be translated into Ukrainian for the sake of the festival.

The "Drama.UA" festival consists of the following projects this year: 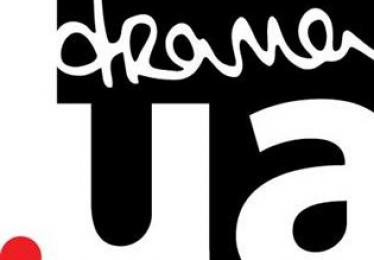