The FORUM OF YOUNG EUROPEAN PLAYWRIGHTS offers the opportunity to 20 young playwrights from all over Europe to take part in an English or German workshop, during which they can discuss their own plays and see the festival's guest performances.

Furthermore they can share and exchange their ideas and experiences with other authors and participate in numerous discussions. The outcome of the Forum will be presented to the public at the end of the festival. Once again, Tena Štivičić (Croatia) and Martin Heckmanns (Germany) confirmed their commitment as conductors of the workshops.

The theatre biennial NEW PLAYS FROM EUROPE is the world-wide most important international festival especially for playwrights. Its focus is on the playwright and the plays which are staged in their original language combined with a simultaneous translation. During the eleven-day festival, 25 to 30 fascinating productions of the works of contemporary living playwrights from Europe will be presented.

Participants of the workshops will receive a grant which contains travel expenses, simple accommodation in double rooms, theatre tickets, per diems, and fees for the workshop.

If you want to apply you should not be older than 35 years. At least one of your plays should have already been already staged. Please send your application, including a complete play (in English, German or French language), a synopsis of the play, a CV, a short biography (max. 200 characters, in English) and contact details in one document, which should be labeled with your name to Katharina Rahn: [email protected]

Deadline is 28th of February 2014. All applicants will be notified before the end of April. 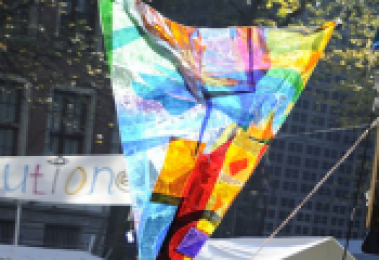