Kultura Medialna announces an open call for artists for participation in the second edition of the project Civic Media Lab “Free speech! Free action!” that will take place in June 2017 in Dnipro, Ukraine.
2nd edition of Civic Media lab is co-curated by Maria Veits and Steph Franck

The project offers selected participants from Armenia, Azerbaijan, Belarus, Georgia, Moldova, Russia and Ukraine a residency opportunity for conducting artistic research and creating new works and projects. All works will be presented at the annual international festival of audiovisual art and new media in urban space “Construction” conducted by Kultura Medialna in June 2017.
Civic Media Lab is an ongoing project initiated in 2016 as a vibrant transregional network of artists, curators, researchers and activists from EU and former USSR countries for creating unconventional dialogue and stimulating long-term collaborations between art and culture professionals interested in contributing to the civil society in the countries of the Eastern Partnership and Eastern Europe.
In addition to residencies Civic Media Lab will also organize workshops and artist talks as well as a symposium, where a wide specter of emerging artistic and curatorial practices dealing with physical and virtual public space will be discussed.

Participating artists are expected to:
Create a new piece on site in Dnipro during a 10-day residency in May or June (dates will be discussed with each participant separately)
Present your project at the CONSTRUCTION FESTIVAL (between June 3rd and 11th)
Participate in artist talks, public discussions and the final symposium

The deadline to apply is 23 April 2017.
More details here: http://civicmedialab.eu/2017/
Please fill the form in English. 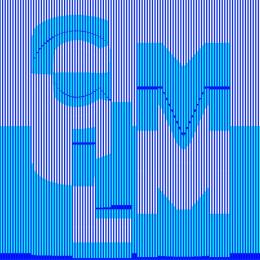