Artists interested in applying to Collide International/ Barcelona are invited to submit a single proposal that reflects upon encounters between art and science, and offers challenging methods of collaboration and enquiry between artists and scientists at CERN during a 2-month residency at CERN and a 1-month residency at Fabra i Coats Art Factory in Barcelona.

The scope of this proposal should consider both a research phase at CERN as well as a second developmental phase in Barcelona, where the artists will have the opportunity to expand their research and develop a production in connection with Barcelona’s scientific and cultural network, as well as to engage with a wide range of communities. The ultimate goal for the residency will be the research and development of new concepts within fundamental research contexts and in connection with societal concepts.

The Collide International Open Call for Entries encourages the participation of artists interested in the ideas described above and complying with any of the following:

Collide International encourages the participation of mid-career artists as well as emergent artists with no distinction according to age or origin.

The Collide International residency award grants an artist or a collective (max. 3 members) with a fully funded residency at CERN and Barcelona. The artist will spend the first two months at CERN, Geneva, followed by a one-month stay in Barcelona. The precise residency period will be defined after the announcement with the selected artist. The final dates will be discussed individually with the teams of Arts at CERN and Fabra i Coats, Barcelona.

The main scientific language used at CERN is English, therefore it is essential to speak English fluently.

Find out more at https://arts.cern/open-entries/open-call-entries-collide-international-barcelona 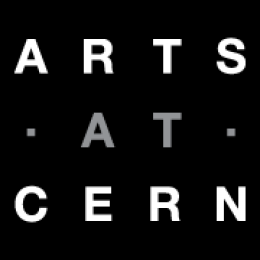