PREMIERE is an international program for a choreographic debut, offering professional platform for young choreographers to introduce their artistic vision at their very first movement-based dance performance.

2019 application round is open now until February 23th HERE.

In the framework of the program we offer to maximum five selected choreographers three days long residency at the Pardimäe residency center, two- week long residency at the Sõtlumatu Tantsu Lava/ STL in Estonia or Gertrudes Ielas Teatris in Riga with the experienced dance artists mentorship. An opportunity to present oneself and one’s creation in the public showing in Sept 2018 at the STL stage. The names of the two directors/ choreographers, who will be selected out of fives based on their showing in Sept 2018 at STL, will get the production support to form their ideas together with his/her performance team into dance performance during residencies in Estonia and abroad and will be announced after the residency showcase in September.

Their performances will premiere at the STL on February 8, 2019 and will tour later on in Estonia and abroad.

The PREMIERE program consists of different stages that address various relevant topics in the process and all together form a full cycle for new innovative dance performances to be introduced to wider audiences.

Who is it for?

The program invites artists who have decided to work as a choreographer/director in a professional movement based dance field.

PREMIERE is aimed for the new choreographers to start their professional career. The program accepts applications from all artists who wish to produce their first public dance performance. The program offers possibility to introduce the artist in a various aspects and gives him/her the valuable experience of a dance production.

PREMIERE is looking for committed, highly motivated, dynamic, open-minded artists, ready to become a professional in field of freelance dance art. The program is helping choreographers to build their own network and relations for their next steps in the professional dance field to be able to manage theirself and to become an independent self-managing artist.

What does PREMIERE offer?

The 5 choreographers selected to be part of the PREMIERE program will be engaged in a year transnational collaboration process like artistic incubator, which include: 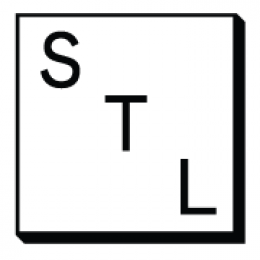