The Divine Comedy Theatre Festival gives audiences a chance to see, in  just one week, some of the most intriguing plays of the season from theatres throughout the country.

Divine Comedy is a theatre holiday where the best Polish shows are presented in a true Polish showcase. Apart from Polish shows, competing for the best show of the year title and the Divine Comedian prize, there are also international theatre groups. Meetings with philosophers, theatre theoreticians, and critics accompany the festival.

Eminent theatre critics, journalists, and reviewers are invited to select the shows, which are included in the contemporary Polish theatre showcase. Thanks to their choices, the largest stages in Kraków host the best spectacles of the season.

The most dramatic part of the Festival is the Polish Contest INFERNO within which the  most provocative and exciting productions of the past season compete for the grand prize. “Inferno comprises the most distinguished and widely discussed performances, that showcase the wide range of talents and artistic aspirations of Polish directors. Its main purpose is to present the diverse landscape of Polish theatre life as well as to expose audiences to the latest trends and areas of artistic exploration and experimentation that our directors have to offer,” enthuses Bartosz Szydłowski, Divine Comedy's Artistic Director.

Winners are selected by an international jury, and the main prize of 50,000 zlotys, funded by the Mayor of the City of Krakow Jacek Majchrowski, fuels the budget of the theatre which most impresses the jury. Individual prizes for artists and creators are funded by the Minister of Culture and National Heritage. 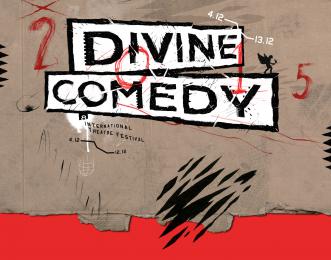 The programme of the festival can be found here.