euro-scene Leipzig will take place for the 28th time from 06. – 11. November 2018. The festival for contemporary European theatre and dance will show 12 guest performances from 7 countries in around 25 shows at 8 venues; among them are 5 German premières. The spectrum includes dance and spoken theatre, performances and a children’s play. The festival’s patron is Burkhard Jung, the mayor of the City of Leipzig. The programme selection lies in the hands of the festival director, Ann-Elisabeth Wolff, in cooperation with the Artistic Advisory Council.

This year’s festival motto is “Bühnen – Klang – Welten” (“Stage – Sound – Worlds“). The programme is devoted to music in theatre and dance, whereby numerous forms of implementing music in scenic stage forms will play a role, for example in a relationship to live music, sound, noise, text and silence.

The famous choreographer and director Alain Platel from Belgium will open this year’s euro-scene Leipzig at the Schauspielhaus with “Requiem pour L.“ (“Requiem for L.”). The scenic concert combines Wolfgang Amadeus Mozart’s Requiem with African music and is devoted to the subject of death in a variety of cultures. Another classical work can be heard as well: Ludwig van Beethoven’s Symphony No. 9. In the performance “Deveta“ (“The ninth“), Bojan Jablanovec from Ljubljana and his Compagnie Via Negativa pose questions about power and the instrumentalization of music.

The well-known puppet builder, puppeteer, director and performer Nikolaus Habjan from Vienna is – after the enthusiastic response to his 2016 showcase – Leipzig’s guest once again. He directed the piece “Böhm“ at the Schauspiel Graz; it is devoted to one of the most important directors of the 20th century, Karl Böhm. Nikolaus Habjan performs the great solo together with numerous puppets. In addition, he will also show his humorous artistic whistling concert “Ich pfeife auf die Oper“ (double meaning in German: “I whistle an opera” and “To hell with the opera”) with arias from operas and operettas. Here, he revives the baroque art of artistic whistling: It has received enthusiastic applause in major theatres and concert halls, e. g. in Vienna, Salzburg and Munich.

Spoken theatre comes from London: the Compagnie Erratica with its piece “Remnants“ by Patrick Eakin Young enters into historic abysses accompanied by a-cappella-music. And “Die Schachnovelle“ (“The royal game“) – based on the famous novella by Stefan Zweig – will be shown in a scenic version by Geirun Tino with the Pygmalion Theater Wien.

Two guest performances from France round off the festival programme: the magical children’s play “Une histoire de la musique“ (“A history of music“) by the Compagnie zOrozora from Grenoble leads us through the centuries with three musicians/performers. And at the final night the choreographer Pierre Rigal from Toulouse will show his dance piece “Scandale“ (“Trip hazards“) with up-tempo hip-hop-elements. Films, public discussions and a workshop supplement the guest performances.

The euro-scene Leipzig is financed by the City of Leipzig and the Cultural Foundation of the Free State of Saxony, as well as numerous embassies from the countries of the guest performances and partners. Cultural partners are MDR Kultur and ARTE. 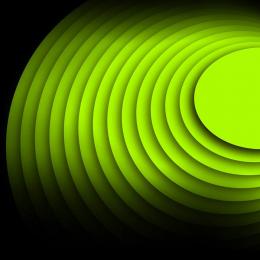