Theatre and dance from the old and new Europe

euro-scene Leipzig will take place for the 29th time from 05. – 10. November. This year, 10 guest performances from 8 countries will be shown in approximately 22 performances at 7 venues. The spectrum extends from dance and spoken theatre, performances to a piece for children. 5 German premières are in the programme. Leipzig’s Mayor, Burkhard Jung, is the festival’s patron.

The motto for this year’s euro-scene Leipzig is “Parallelwelten” (“Parallel worlds”). The festival of contemporary European theatre and dance is devoting itself to different levels that lie parallel to one another or are interwoven: For example, the real and fictitious, the social and individual as well as the conscious and unconscious levels.

The piece “Am Königsweg” (“On the royal road”) by Elfriede Jelinek will open the euro-scene Leipzig at the Schauspielhaus. Nikolaus Habjan, the famous puppeteer, puppet-builder and director from Vienna, has often been euro-scene Leipzig’s guest. He staged Elfriede Jelinek’s highly controversial text at the Landestheater Niederösterreich, St. Pölten, as an Austrian première; this will be its first showing in Germany. The events surrounding an absolutist contemporary king are given an additional dimension with the implementation of the wonderful puppets.

To match the Bauhaus centennial, „Das Lackballett“ (“The lacquer ballet”) (1941), based on Oskar Schlemmer, will be shown. The Theater der Klänge from Dusseldorf re-interprets the dance piece, which will be presented on stage again after almost 77 years of silence. In 2017, „Das Triadische Ballett“ (“The triadic ballet”) (1922) by Oskar Schlemmer with the Bayerischen Juniorballett München already met with great enthusiasm.

Cristiana Morganti from Rome, long-term soloist at Pina Bausch’s Tanztheater in Wuppertal, will show her dance solo “Jessica and me”. The Swiss choreographer Gilles Jobin explores the connection between dance and virtual reality in his performance „VR_I“. Marjan Nečak from Bitola created the mono-opera „Diary of a madman“ based on Nikolai Gogol. And the musical fairy tale “Peter and the Wolf” (“Peter and the wolf”) by Sergei Prokofiev is the template for the children’s piece “Pierre et le loup” by the French choreographer Émilie Lalande.

A reunion will take place with Angelin Preljocaj, one of the most famous French choreographers from Aix-en-Provence. His fantastic Ballet Preljocaj will dance three of his choreographies, which were assembled especially for Leipzig, to conclude the festival.

The „Das beste deutsche Tanzsolo“ (“Best German Dance Solo”) competition, conceived by Alain Platel from Ghent, will take place in the context of the festival for the 14th time.

euro-scene Leipzig is financed by the City of Leipzig and the Cultural Foundation of the Free State of Saxony as well as numerous representatives of the guest performance countries and other partners. 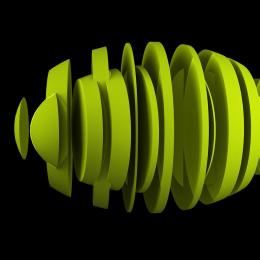