Spoffin OFF is the showcase part of the Spoffin Festival in Amersfoort (The Netherlands), an annual street arts festival with more than 30 performing acts from all over Europe, with a special focus on innovations from the northern, central and eastern regions.

Both the Spoffin IN and OFF performances are programmed on squares, streets, parks and some specific sites in the mediaeval city centre of Amersfoort. The festival facilitates interaction and possibility for meetings amongst performers and professionals both informal and organized.

The programme for the 2015 edition consists of 106 shows, 30 productions and 11 premieres.

You can see the entire programme online here. 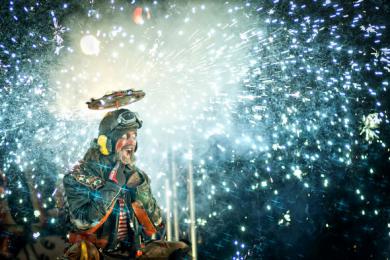