After the guest performance of DEAL which is planned for July 21st within the program of the 15th edition of Dance & Non-Verbal Theatre San Vincenti, authors and performers Špela Vodeb, Sol Vázquez, Matías Marré Medina will stay a bit more and teach a five-day intensive workshop for professionals. 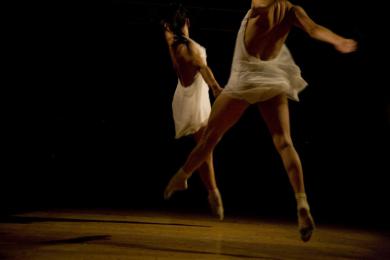 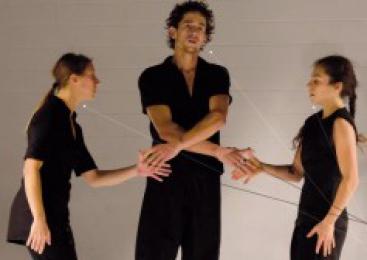 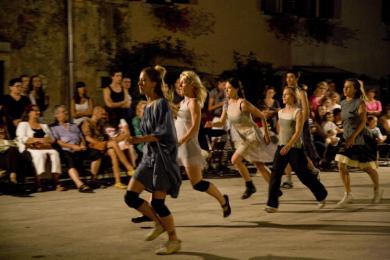 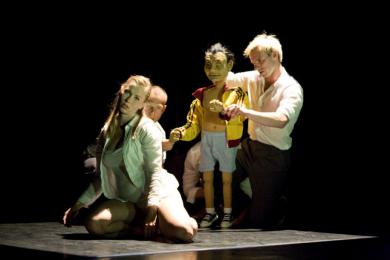 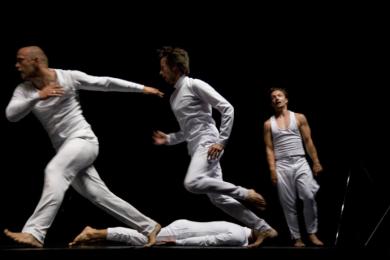 The workshop will be divided in two parts. The first part is focused on mastering dance techniques through improvisation and partnering and different exercises, the aims of which are mostly isolation, articulation and initiation of the movements. What, how, and where do we initiate the movement and how our body resolves and continues with the motion of it?

The second part is studying the body through given specific form and shape. Dance phrases which are thought, are physically demanding, with special focus on the accent, emphasis of the movements, which makes a very dynamical dance. Within this part of the workshop the atendees will also work on the repertoire of DEAL with its creators.

To apply please send us an e-mail: [email protected] with a short CV. After receiving your application by e-mail we will send you details for payment. Registration fee: 450,00 HRK / 60,00 EUR

For all your questions, please send an e-mail to: [email protected]

Born in Santiago de Chile, he now lives and works in Barcelona. In 2001 he got his bachelor of visual arts from University of Chile, and he moved to Spain where he studied circus, contemporary dance and theatre. Through his formation he got in contact with companies such as Theatre du Silence directed by Mauricio Celedón, Gran Circo Teatro of Andrés Pérez and Ultima Vez of Wim Vandekeybus, among others.

After 6 years of study, pratice and performance primarily in the circus field, as aerialist, acrobat and dancer, he started to colaborate with the playwriter and theatre director Ana Harcha Cortés in 2006, making 2 plays in the next 2 years. From 2007 to 2010 he worked with company Proyecto Titoyaya led by choreographer Gustavo Ramiréz Sansano. In this period he also worked with Otra Danza company of Asun Noales.

He wrote and directed short pieces: „Reflections“ (2006), „Listen Silent“ (2007) and „Crystal“ together with Natalia D`Anunzzio. In 2009 he was awarded with the Prize for the Best Interpretation at the International Choreography Contest Burgos-NewYork, for „L`Europe“, a solo with Cyr Wheel. The same year he left all the projects to make the creation of „Atempo“, the first show of Atempo Circ and strt the company. In 2010 he worked in the creation of the Fibonacci Project from Seven Fingers of the Hand circus company.

Born in Slovenia, pursues her career as a freelance dancer. Spela graduated SEAD Salzburg, with the focus on contemporary dance performance. As a memberof the Bodhi Project, a postgraduate dance company led by Susan Quinn, she performed pieces from Roberto Olivan, Matej Kejžar, Oleg Soulimenko, Milli Bitterli and Keren Levi. In the years 2010-2012 she was a member of Editta Braun company and was developing choreographic work with Tomaž Simatović.

Since 2010 she collaborates intensively with Roberto Oliván as a dancer and assistant. She is a member of his company Enclave Arts del Moviment and is performing in his latest work premiered in 2013: „A Place to Bury Strangers“. Performance is her main passion and occupation, besides teaching workshops and collaborating with international artists. Špela explores her physical expression through dance and inviting forms such as circus (Cyr wheel and Hand to hand), as aesthetics that enrich her knowledge of performing qualities. Since 2013 she is a member of Atempo Circ company.

Born in Argentina, lives and works in Barcelona. Graduated in classical and contemporaray dance in“Profesorado de arte“ in Mar del Plata, Argentina. She worked in independent companies in her city of origin and moved to Barcelona in 2002 following her formation in an independant way with a variety of techniques: ballet, release, flying low, contact improvisation, among others.

She was a part of Cia. Transit Dansa, as assistant and dancer from 2005 to 2012. In her teaching role, she has worked in the Theatre Aula of Mataró from 20006 to 2012, and in many other institutions, dance schools, and civic centres in Barcelona. At present she is a part of Atempo Circ company and Enclave Arts del Moviment Company.