From Death Cult to Hope 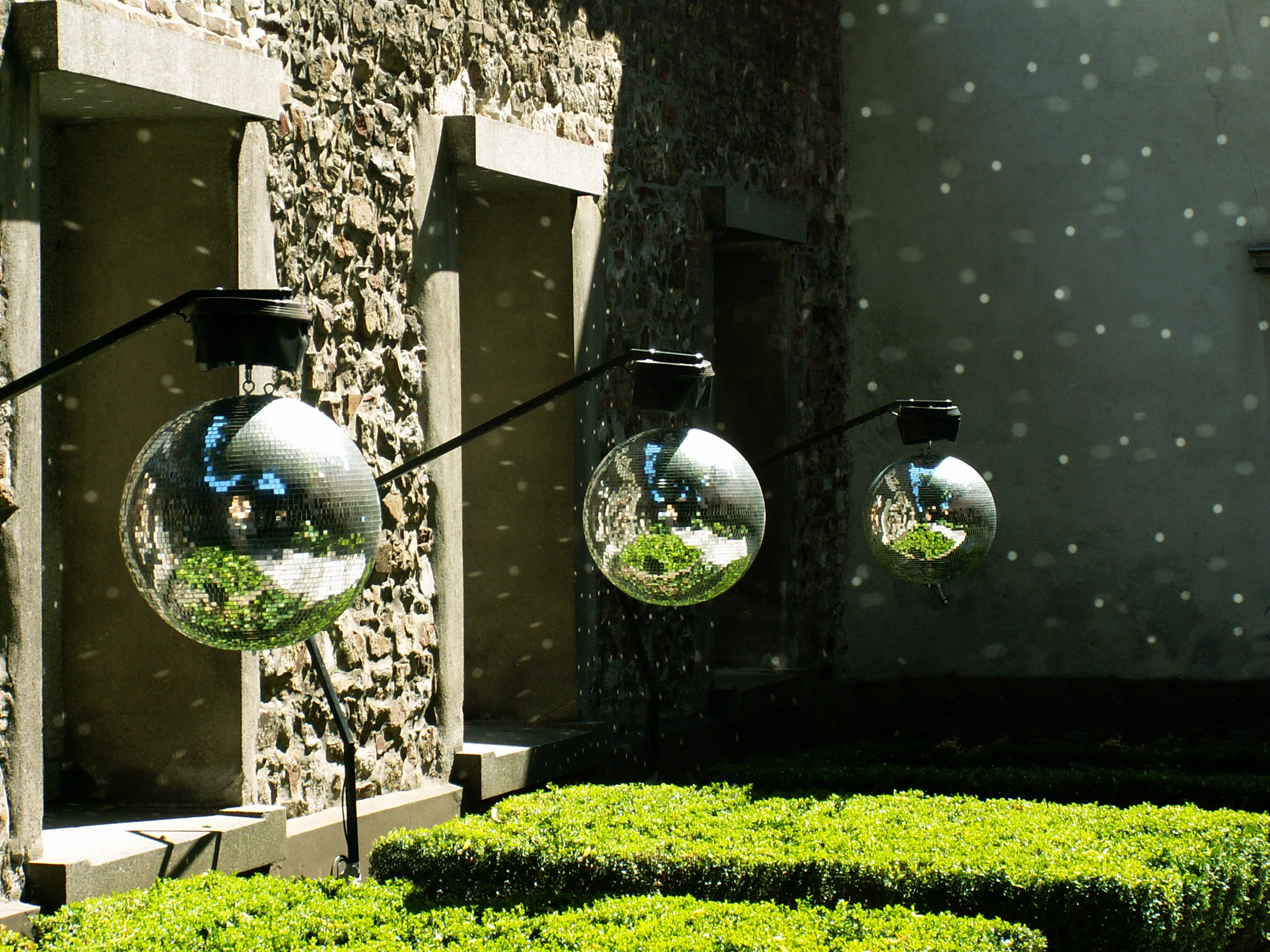 “The past is a horrible, fuzzy abyss; what steers into that twilight, ceases to exist – like it has never existed at all.”

The fall and winter of 2015 have brought many reasons for an increasing amount of pessimism in Europe and the world. However, it did not happen suddenly. Media coverage of the growing refugee crisis caused by the Syrian war, instability in the Middle and Far-East and the unbearable economic circumstances in that region, has been full of hydromorphic terms: “waves, rivers, oceans, seas and flows” of people taking the Balkan refugee path are trying to find a better life in the EU. The Paris attacks in November 2015 flooded the EU with anxiety along with official amnesia about its own past faulty policies and the rerun of the situation during the opening days of the spring season - the Brussels attacks - have pushed people into a massive psychotic borderline syndrome. In the Balkan region, the same tragic images and situations resonate with something that we tend to be silent about.

On the 8th of January 2016 David Bowie released his new album Blackstar (an anarchistic symbol) and two days later it became clear that it would be his final work. Social media turned into mourning sites and along with the press and TV, the coverage of David Bowie's death – with all due respect to the artist – grew out of every proportion. We have seen a lot of different deaths in pop-industry but not a single one could be compared with Bowie's. Media activities went on for a month and a half and still do not seem to cease. From January up to March the (social) media coverage of different artists' deaths had become so overwhelming, one could even think that we've been dealing with some kind of a new global epidemic. Well, it seems that we've just been synchronizing our mutual depression and, again, alleviating the burdens of reality with our pop culture fantasies inasmuch as Bowie as a pop icon may be far more real than a person behind it. What's at stake here is an amount of general despair that is connected with a global psycho-political condition that does not want to analyze its symptoms. Different from the deaths of migrants and victims of the war machine, the social media reports on celebrity deaths caused by illnesses or natural causes seem to be like some kind of consolation.

This year, on the 25th of June, Slovenians and Croatians are going to celebrate the 25th anniversary of independence. They separated from what used to be called Socialistic Federal Republic of Yugoslavia, the last edition of the South-Slavic Balkan state that has had a number of political systems since 1918. The patriotisms and nationalisms that had been rising in SFRY from the late 1960s (Slovenian and Croatian political, economic and cultural demands that were part of the processes of consolidation with federal state policies) and had concluded in the form of the Serbian nationalistic plan in the 1980s and 1990s, along with an inflation of federal administration and Yugoslav currency called dinar, pulled SFRY into a similar, massive psycho-political condition that we are currently facing in the EU on a much greater scale. Some historians would claim that the present situation in Europe springs from the same macro-economic dynamism that pushed Yugoslavia in the 1980s towards its end. In the late 1980s, long before we knew anything about the Troika pill for the fiscal mouths of Greece, Ireland, Portugal and Cyprus, the IMF applied almost identical fiscal policies to the indebted economy of Yugoslavia, which got into trouble by taking substantial loans from US banks in the late 1960s and was trapped in the infamous Volcker shock after 1979. Apart from the international monetary transactions and loans that could not be repaid, everything concerning the disintegration of Yugoslavia was done simply by its own citizens and politicians.

Unlike in the present situation, one thing that neither economic nor political crisis in the last decade of Yugoslavia managed to eat away was artistic and cultural life with its creative potential. Even towards its desperate end, the last thing the authorities of individual republics of Socialist Yugoslavia wanted to have to deal with was a direct confrontation with angry artists and cultural workers. Everything - from pop culture to institutional art and what was back then called alternative arts and culture - was supported by the state. Or more precisely - was created within the ownership frame of the Yugoslav social property. The level of social security of artists and cultural workers was higher than it is now and budgets for arts and culture would never fall under unsustainable level. For example, as a consequence of a decrease in institutional jobs in the field of arts and culture, the amount of free-lance cultural workers increased for more than 100% in the Republic of Slovenia between 1979 and the end of 1980s. Nobody would even think back then how bad the conditions of precarious work would become in the next decades. Yugoslavian communistic administrative authorities may have been undereducated or over-bureaucratic but they had never treated their artists or cultural workers the way the state or local authorities of the present Post-Yugoslavian states treat them now.

It is possible that the denial of the common artistic, cultural and scientific histories in the region of what was once Socialistic Yugoslavia stems out of the repudiation of the fact that the previous system managed to sustain and dignify arts, humanities and culture in a way that no post-Yugoslav country ever has. The recognition of an incredibly vivid cultural commons in the Socialist Yugoslavia is impossible because it would show how bad the present exclusive and nationalistic cultural policies in the region have turned out after the 1990s. It would show that cultures different from Yugoslavian that initially grew from the anti-fascist movement during the WWII and developed with a different side-ways that cannot be denied, the individual post-Yugoslav republics are nowadays lacking any idea of the future except that of the fiscal nature. Or in the cases of time traveling in the form of national revisionisms of histories. And the moment it comes to financial crisis (whatever that is), there's no policy that could protect arts and culture from the fiscal devastation and nationalisms. So the dialogue with authorities concerning arts and culture these days boils down to numerical fiscal data and/or national(istic) culture because that's two things they think they manage to understand. There are still some artists who have the guts to challenge and provoke that horizon.

Last year I was part of a social dramaturgical team that did research for the performance The Complex Ristić, directed by Oliver Frljić for The Mladinsko Theatre in Ljubljana. Ljubiša Ristić is one of the most important Serbian directors of the second half of the twentieth century, who influenced and left his mark on the whole cultural space of Socialist Yugoslavia. Our thorough research focused on his theatrical oeuvre as well as his controversial role in the politics of the Post-Yugoslav period, when he founded a political party--The Yugoslavian Left--with Mira Marković, the wife of the Serbian dictator Slobodan Milošević, after the disintegration of Socialist Yugoslavia or during the dark Serbian period and the Balkan wars. As expected, our work opened a whole range of questions connected with our common history and only a few of the topics made it into the performance. The project became controversial already on the day of its initial rehearsal and far before the team got to any stage conclusions. Dealing with our common Yugoslavian theatre history, he project immediately became the target of press hostility and tabloid sensationalism which was not something we would not expect. So far it's been staged in Sebia, Macedonia, Croatia, Slovenia as well as Germany. Perhaps I do not need to emphasize how drastically it managed to divide the audiences in the region for very different reasons. My claim is that the division has to do more with addressing our common cultural and political history than with anything else. There are some things that, according to an unwritten , have to be left alone. “Don't dig into the past,” is a sentence from Migrations I (1929), a novel by the Serbian writer Miloš Crnjanski.

Oliver Frljić, Croatian theatre director and director of the Ivan Zajc Croatian National Theatre in Rijeka, is one of the rare contemporary theatre directors that re-define theatre in terms of the performative tactics that he uses instead of only composing the semiotics of theatrical apparatus. In his case the latter can only be a part of the strategy but it is never self-sufficient. His performances should be read more in the sense of the sticky objects to which our ideological symptoms get glued to in order for the socio-pathology to be seen, recognized, analyzed and interpreted. His theatre work is a practice of cultural, political, social and historiographic exorcism of that particularity which is repudiated, denied or neglected in a certain society. It never limits itself only to the stage work. Frljić's notion of theatre is much wider: it is a social and political practice of (artistic) freedom that is never a territorial freedom of one (individual, nation, local society), because in order to make any sense of freedom, One has to make its fundamental division by making the way to its Other. So in Frljić's case a theatre around the theatre (the public space, the theatre building as a possibility of an art installation, the public relations etc.) is a logic continuation of his theatre work because he takes the whole theatre regime as a situation for the practice of freedom. Relation of Frljić's work towards theatre and society is very much like the relation between theoretical psychoanalysis and philosophy: the object of psychoanalysis lies exactly where philosophy assumes there's nothing to be thought of. That's why his work generates such a revolt and neurosis. How dares he! In this gloomy and depressive times that's one of the few possible elevations of hope.

Rok Vevar is a Slovene publicist, critic and theatre director.  Read more about the author here.