The Actors. Performance. Research project aims to research transformations of acting as a profession and its social meaning in 20th-century and contemporary Ukraine. The project traces personal experiences of several generations of actors of Lesia Ukrainka State Drama Theatre in Lviv, taking social and artistic networks and hierarchies as a lens to investigate Soviet and contemporary period of the Lesia Theatre history as an example of the history of theatre in Ukraine in general.
The project is also a critical investigation of the space of performativity: it is being realized simultaneously in two spaces: concrete theatre venue and virtual space of the online platform.

The project is realised as an artistic and curatorial residency within the 3rd EEPAP Residency / Internship Program. It is organized by Centre for Theatre Research and Education / Lviv (Центр театральних досліджень і освіти / Львів)

The idea of the project has been conceived by Oksana Dudko, a theatre curator and historian), and triggered by the much-quoted conflict in Lesia Ukrainka Drama Theatre. In the Autumn of 2015 the company of the actors and – partially – technicians vividly protested against the dictatorship-like rule of the general manager and artistic director of the Theatre. This revolt has resulted in firing the whole “rebellious” artistic troupe.

The main objective of the project is to confront theatre itself and its audience with a number of questions:

What is it like to work as an actor in contemporary Ukraine?

What did it mean to be an actor during the totalitarian epoch and what is the specific character of this profession in post-Soviet period?

How is the actor’s profession being transformed in times of postdramatic and documentary theatre?

What is the position of an actor in terms of social hierarchy and how it reflects the social system in contemporary Ukraine?

On the one hand, the project looks at world-wide alterations of actor’s profession and their actualisation in the local Ukrainian context. On the other hand, the project tries to investigate the phenomenon of generation shift in Ukrainian theatre by establishing communication between different generation of actors, whose artistic views have been formed in totally different periods – in the Soviet period and after the proclamation of Ukrainian independence.

Also, the venue in which the project is taking place is extremely meaningful. The building of Lesia Ukrainka Theatre was built as the Catholic House by Polish community of Lviv in 1909. In the course of the last century it was a home for a number of companies, including the Theatre of Music Comedy, the Red Army Theatre, the Municipal Theatre, and finally the Lesia Ukrainka State Drama Theatre.

The starting point is research into theatre history based on oral history (recorded interviews), private and theatre archives. Additionally, a corpus of materials on acting theory developed by famous Ukrainian directors and actors is being analysed. Oksana Dudko conducts this phase of the project.

The second part of the project is focused on the creation of documentary theatre & witness theatre performance The Spirit of Theatre. Operation ‘Exorcism’ based on workshops, discussions, theatre ‘tales’ and archival materials. The performance is a kind of performative search of the Lesia Ukrainka Theatre genius loci.

The first public presentation was held in February 28, 2016.

The premiere will take place in March 27, 2016 at the First Stage of Contemporary Dramaturgy Drama.UA with its seat at the Lesia Ukrainka Drama Theatre.
https://web.facebook.com/events/236914116659232/

Firstly, the project tries to present all parts of theatre making to the wider audiences, allowing them not only to witness the final scenic result (staged performance), but also to investigate the whole process of creating the project. Secondly, the project materials are published online with the view to offering the freedom of theatre experience to any interested visitor. Oksana Dudko curates the online platform.

Conceived and curated by Oksana Dudko

Authors of the project:
Oksana Dudko (PhD) is a theatre curator, historian, and academic researcher. She is a founder and long-time head of the independent theatre organisation Art Workshop Drabyna, an iniciator and leader of the International Theatre Festival “Drabyna”, and (between 2010 and 2014) the International Festival of Contemporary Dramaturgy “Drama.UA”. She is a co-founder and curator of the programme for the First Stage of New Dramaturgy Drama.UA. In the late 2015 she founded the independent organization Centre for Theatre Research and Education
in Lviv. She works at the Centre for Urban History of East Central Europe. Currently she is a fellow at Ukrainian Research Institute at Harvard University, US, where she researches the following topic "Staging Culture at War: Theater, Networks, and Urban Space in Lviv
(1914‒1918)”.

Pavlo Arie is a playwright, theatre director, and translator based in Lviv and Keln. His plays have been published in various publications and playbooks, including “Forms” (“Форми: Три п'єси для сучасного театру”), and “Grandma Prisya and other heroes” (“Баба Пріся та інші
герої”). They have been translated into German, English, Russian, French, Polish, Czech and presented at various theater festivals in Ukraine, Poland, Germany, England. Recently his play “Grandma Prisya” has been staged almost simultaneously in Kyiv, Lviv, Ivano-Frankivsk,
Kharkiv, and Moscow. His directing works include among others: “Blasted “ by Sarah Kane and “London” by  Maksim Dosko at the First Stage of New Dramaturgy Drama.UA in Lviv. 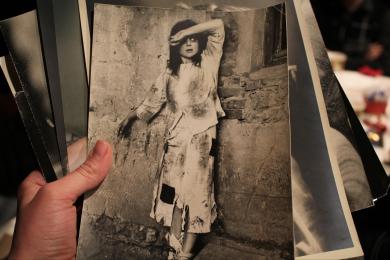 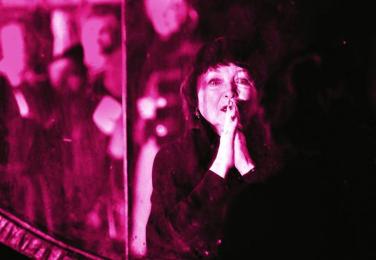 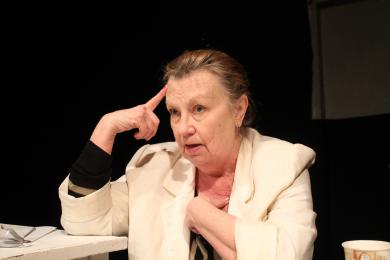 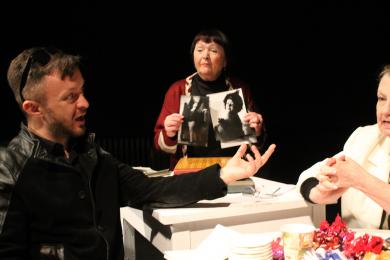 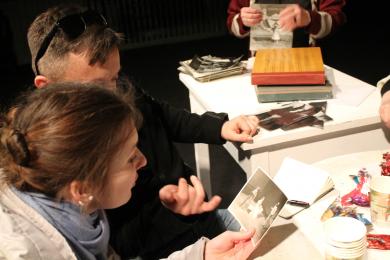 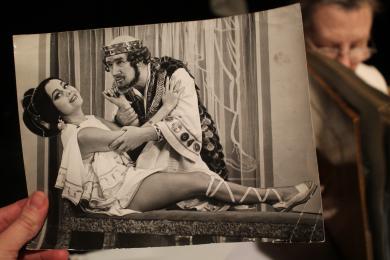