With the main theme Res Publica Europa, IETM Munich will take a fresh look at the idea of Europe. Is it a cultural entity? A geographical one?  What does the EU’s motto "United in Diversity" mean today, in the age of agendas driven by economics and eurosceptic tendencies? Is it a potent ambition yet to be achieved or just a tired phrase? To survive and thrive, Europe needs a shared frame of reference for the multiplicity of identities which are at its heart: national, regional, local and communal.

European identity itself is a contested term. So what is our role, as art professionals, in defining it, giving it a meaning, a content and a force to thrive?  And how does the European project, idea, and so-called identity relate to the broader, globalised world, beyond national borders? How can we locate and address an audience not sharing our views?

To open a dialogue about Europe - as a public affair, as our affair,  our job and our joy - we invite you to Munich, the capital of Bavaria. This southern-German region has a strong sense of identity, and feeds on its home-grown culture, as much as it feeds on its location in the center of Europe, close to the Alps, and at the junction of many travel routes.

Inspired by the German-speaking region’s performance art scene, we will reflect together on what is to be the future of our Res Publica Europa, and how the European idea relates to various identities existing within, across and outside the continent. We will also discuss the role of art in enhancing civic participation and new forms of citizenship, and exchange ideas on better advocating for the arts.

You will meet the local artists, get to know controversial positions and have an opportunity to help making a stand for the arts in tomorrow’s world.

The pre-meeting trips to Augsburg or Nürnberg will take place on the 31st of October.

Both IETM members and non-members are welcome to join the meeting. Register here. 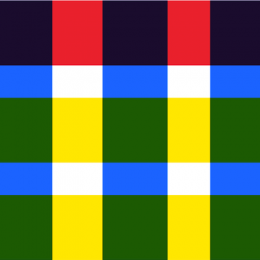