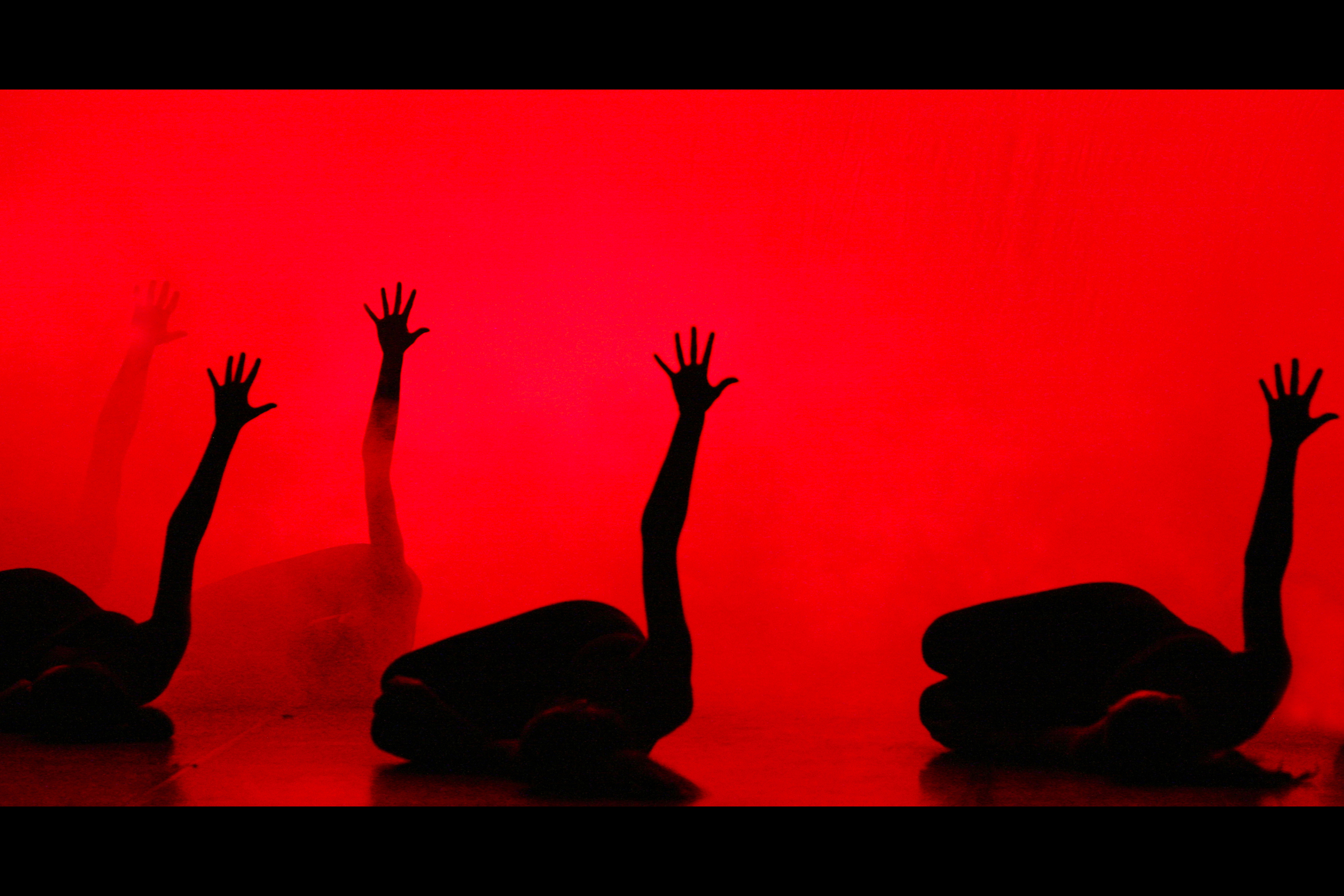 Contemporary dance in Belarus does not have a long history. Contrary to Western European contemporary choreography, there was no gradual change of styles and schools in its development. The starting point for the development of the New Belarusian dance falls within the second half of the 1980s – the perestroika period (after 1985), when new forms of artistic activity appeared in place of the broken old social, political, artistic, and aesthetic systems. This was when Larisa Simakovich created her folk-theatre “Gostsitsa” – the first dance theatre in the history of Belarusian choreography. In the 1990s, a number of experimental dance groups which varied in form, thinking, understanding of body and physicality emerged. Among them were Dmitry Kurakulov's group of contemporary choreography “TAD,” Alexander Tebenkov's dance theatre “Gallery” (Grodno), Inna Aslamova's group of contemporary choreography “Quadro” (Gomel), and Anastasia Makhova's studio of contemporary dance “Parallels” (Vitebsk). Contemporary dance became a form of reaction to the change in public life and indicated the dismantling of rigorous ideological taboos and the strict regulation of artistic activity, the surpassing of the boundaries of the then-legitimate choreographic forms (e.g., classic ballet and staged folk dance) and “conservative-protective” art tendencies. Finally, it indicated the possibilities which emerged in the 1980s and allowed contact with international dancing experience and getting acquainted with experimental physical practices and dance techniques which were developed abroad.

Naturally, Belarusian choreographic art of the preceding decades was not completely devoid of experiment. However, experimental tendencies did not become widely popular and mostly took the form of singular attempts and phenomena. Namely, the period of “Vitebsk renaissance” (the term coined by Yevgeny Kovtun) of 1918-1923 was unique due to its innovative artistic explorations and the test of avant-garde ideas in Belarusian art. This period was marked by the activity of Vitebsk National Art School (e.g., artists Marc Chagall, Kazimir Malevich, Mstislav Dobuzhinsky, Yehuda Pen, El Lissitzky), the art group “The Approvers of the New Art,” the Theatre of Revolutionary Satire, Vitebsk National Conservatory, where the courses of Dalcroze Eurhythmics were organised in 1923, and experimental free dance studios which appeared after the 1924 tour of Isadora Duncan. As the theatre critic Tatyana Kotovich points out, Vitebsk is the only Belarusian city where the idea of modernist scenic thinking has been realised.1 It was no coincidence that in 1920 the innovative and unprecedented at that time “Suprematic ballet” was staged in this very city. The show, created by Nina Kogan, a student of Kazimir Malevich (the scenographer of “Suprematic ballet”) represented new visual aesthetics. Its key distinction was in the synthesis of visual arts and physical theatre. This show, as Tatyana Kotovich claims, “was the first performance in which the actions of performers were hidden behind geometric forms and colour statements.”2

This radical experience was singular for its time and was not developed further in the Belarusian physical arts. It was revived only in the 1990s, during the wave of renaissance of names and the reunion of the 1910s-1920s history of Vitebsk avant-garde and contemporary art processes, whose ties were forcibly interrupted in the 30s. The avant-garde “gene” of this city was reincarnated through the activity of the International festival of contemporary choreography (started in 1987, its creator and art-director was Marina Romanovskaya), which became the first forum of contemporary dance in the post-Soviet Bloc. And in 2003 Vitebsk once again became the place of the “Suprematic ballet” première (the author of the idea – Tatyana Kotovich, choreography by Anastasia Makhova, computer design by Alexey Yermaka). This play, however, was not a reconstruction of the previous show. Rather, it was the author's fantasy on the themes and characters of the 1920 “Suprematic ballet.” Its new version became a complex palimpsest, a rhizomatic artistic reality, which combined the semantic field of the early 20th century with the beginning of the 21st century, the discoveries of the 1920s avant-garde with the methods of contemporary art.