GogolFEST is the first and only multidisciplinary arts festival in Ukraine. Within one interactive space, the festival showcases a large selection of contemporary arts, such as visual arts and audiovisual installations, experimental theatre, contemporary music and dance performances, literature discussions and film screenings. The Festival is aimed to present leading artists as well as open new names that will define the future.

GogolFEST was established in 2007 by Vlad Troitskyi, the President of DAKH Contemporary Art Center (Kyiv). The project was started by a forward-thinking group of Ukrainians aimed to create a contemporary art scene that could actively generate innovative processes in Ukrainian culture. There was an urgent necessity to develop an art forum to present at high level all aspects of Ukrainian contemporary art and to open modern Ukraine to the world.

The Festival is named after a great author and playwright Nikolai Gogol that embodies two Slavic cultures. At the same time his work shows that the Ukrainian and Russian cultures share common European roots and values. An important aspect of the Festival is also its global potential. GogolFEST is fast becoming a cultural hub bringing together the avant-garde of Ukrainian and Russian contemporary visual and performing arts along with other international artists.

Over the years GogolFEST has changed three venues, finally finding home in the premises of industrial zone at Vydubichi in 2012. As a result of the Festival, the industrial zone is now being reconstructed to become Ukraine's first art factory. In the nearest future if it planned to become the most powerful center for contemporary arts and festival movement in Ukraine.

GogolFEST is a fundamental investment into the education and future of the nation. This is an attempt to find a shape that meets the needs of time. It is a chance to see a generation of the world-class artists in Ukraine. 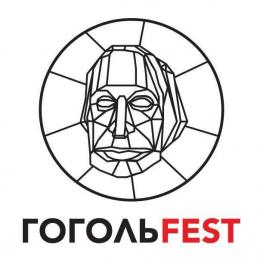