Born in 1969 in Yerevan, Armenia, graduate of the Yerevan Art and Theatre Institute as theatrologist with his thesis - "Improvisation and Interpretation in the theater." Enrolled in the graduate school GITIS in Moscow where he prepared to write a thesis named "The function of the symbol in the dramatic text", but was forced to stop his training due to the collapse of the Soviet Union and the introduction of higher tuition fees in foreign countries.

Worked at the Art Institute of Armenian Academy of Sciences where he wrote a study called "The dramaturgy of Levon Shant."

Editor and publisher of philosophical journals: "Gnosis", in 1996-99, "Artziv" in 2008, worked in the journal "Language, Society and Communication" in 2010. Since 1989 he has participated in the Yerevan School for game-technique and methodologies, operating game-technician.

Essayist, author of several political and philosophical articles and essays, in particular - "The essence of theater," "Art as Liberation Technology", "Ancient Greek revolution as an invariant for all subsequent revolutions".  The author of the novel "Illumination" (2002). At the present time he acts as coordinator of the philosophical-political group "Little Council".

His main interests in life are love, revolution, and theater. He seeks their unity. 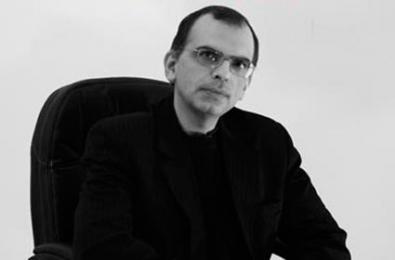