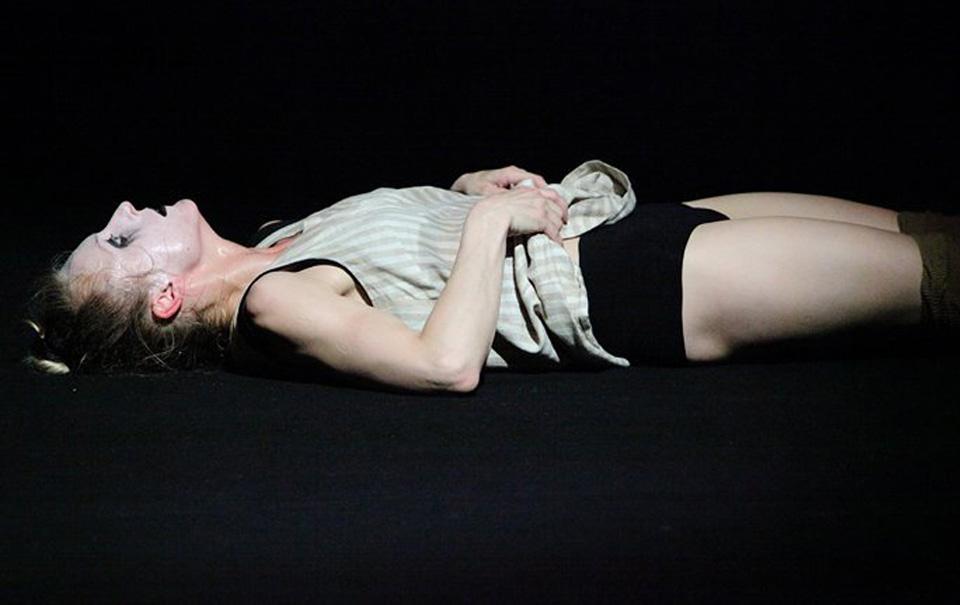 In the 2000s a new generation of choreographers entered the Belorussian contemporary dance scene. Among them were: Diana Yurchenko's Theatre-studio of Contemporary Choreography (Vitebsk, 2002), Olga Skvortsova's and Dmitri Zalesski's Theatre of Contemporary Choreography D.O.Z.SK.I. (Minsk, 2005; in 2014 the theatre ceased to exist), Olga Labovkina's Dance Theatre Karakuli (Minsk, 2008), Olga Skvortsova's Contemporary Choreography Theatre, SKVo’s Dance Company (Minsk, 2012), Sergei Poyarkov's Project (Minsk, 2014), etc. Most of them do not receive state funding and thus represent the field of independent culture. It is worth noting that in the 1990s the first contemporary dance groups emerged far from the capital with its dictate of academic and folk dancing. However, in the early 2000s the situation changed and Minsk saw the creation of as many dance groups as in other regional centres.

Maria Sazonova stands out among the new names. She is a choreographer, a physical threatre teacher, and an actress of the Belarus Free Theatre (Minsk). Schooled by the folk-theatre “Gostsitsa”, in her productions (physical plays “Em D Em”, “Chayka” created in the Fortinbras theatre laboratory at the Belarus Free Theatre) she synthesizes the principles of physical and dance theatres, dramatic expression, and the intensity of body movements; actively utilizes resonatory abilities of the human body and voice techniques (vocalization and historically informed performance). However, the official stage is closed for these plays. Despite the wide popularity of the Belarus Free Theatre in the West, this unique, socially-oriented theatre exists in semi-underground conditions in Belarus.

The work of Evgeni Korniag is characterized by the interest in the human body, gestuality1, and psycho-physical energy of an actor as the key methods of creating a character. In 2010 he created the physical theatre KorniagTHEATRE (Minsk), thus filling in the empty niche of the experiment with the human body, where the actor's physicality becomes the only mediator between the stage performance and the physical presence of the viewer2. The theatre exists in paradoxical conditions: there is neither a stage, nor a permanent actors' group. KorniagTHEATRE is, first and foremost, the director Evgeni Korniag and the young Belorussian actors and artists wishing to work together. This is how the plays “Not the Dances” (2007), “Cafe Absorption” (2009), “Play No.7” (2011), “Latent Men” (2013) and many others were created. The only play by Evgeni Korniag created in Belarus repertory theatre was “Interview with the Witches” (Belarus State Puppet Theatre, 2015)3. Despite the fact that the director's productions have met with great interest in the Belorussian theatre community, in recent years it has become more probable to see them abroad rather that in Belarus. As a teacher and director, Evgeni Korniag takes part in different international projects: the joint project with the Polish theatre “Chorea” called “From the Other Side” (Łódź, 2014); cooperation with Agata Biziuk in the play “Constellation” (Polish Theatre in Poznan, 2015); master-classes during the International Theatre Festival “Le Manifest” (Dunkirk, 2015); International Theatre Academy (Munich, 2015); Days of Contemporary Art (Białystok, 2016), and many others.

Viacheslav Inozemtsev's InZhest theatre found itself in a similar position. The performances of this oldest Belorussian physical theatre, which celebrated its 35th anniversary in 2015, take place abroad more often than in Minsk. Viacheslav Inozemtsev, who was brave enough not to follow the taste of the masses and culture bureaucrats, became unwanted in the Belorussian official theatre.

While state theatres are characterized by a long artistic stagnation, protective-conservative repertory policy, and orientation towards the plays of the “light” genre, independent groups tend to have an open position regarding the experience of modern theatrical and dance art (the intensification of collaboration between Belorussian and foreign choreographers and directors is not accidental), seek comprehensive forms of artistic expression and new ways of communication with the audience, and touch upon “uncomfortable” topics trying to critically reflect on modern life phenomena. Evgeni Korniag brings up controversial topics, such as abortion, anorexia, violence and the suppression of an individual, and sexual frustration, in his productions; Viacheslav Inozemtsev's most commonly used topic is the conflict between an individual and the system; Maria Sazonova reflects on traumas and problematic spheres of Belorussian identity in her physical performance “Em D Em”.

Topics like these, which are taboos in officially declared culture, blow up the aesthetics of escapism dominating the Belorussian repertory theatre. However, these attempts are singular and have not yet become a general trend in the cultural landscape of the country.

1 Gestuality (French: gestualité; German: gestik) – a notion used in semiotic research (gesture in the context of communication systems) and used by Patrice Pavis for theatre (gestuality as a system of various bodily actions) // Pavis, P. 1991. Dictionary of the Theatre. Moscow: Progress, p.101.

2 From the wide variety of physical theatres in 1980s-90s Belarus V. Inozemtsev's InZhest was the only one to survive. See more at: http://eepap.culture.pl/feuilleton/turn-20th-and-21st-century-new-thinki....

3 The premiere of E. Korniag's "Can I Be Mozart?" took place at the Russian Theatre in Estonia in 2012.