Jakub Škorpil is now the editor of “Svět a divadlo” theatre magazine.

Jakub Škorpil was born in 1975 in Prague. He was a student oftheatre theory at the Charles University and has since the middle of the 1990s published in various newspapers and theatre periodicals.

Since 2001 Jakub Škorpil has edited the theatre journal “Svět a divadlo” (“World and Theatre”). He is a translator of English, non-professional actor and director.

He worked on the dramaturgy of the international theatre festival “Theatre On/Without Borders” in Český Těšín/Cieszyn, and was also in charge of organizing public discussions.

As editor of SAD Jakub  Škorpil co-operated with the Divadelná Nitra festival, Divadlo/Theatre festival in Pilsen and Contemporary Drama Festival in Budapest. He has twice participated in the IACT Young Critic’s Seminar. Moreover, he leads a workshop of theatre criticism during the Nová Dráma 2011 festival in Bratislava. 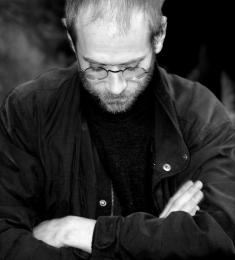