In 1993, together with Leszek Bzdyl, she founded the Dada von Bzdülöw Theatre where she still teaches contemporary dance technique and improvisation.

Katarzyna Chmielewska has participated in a number of Polish and international productions, including: 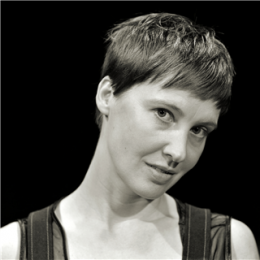